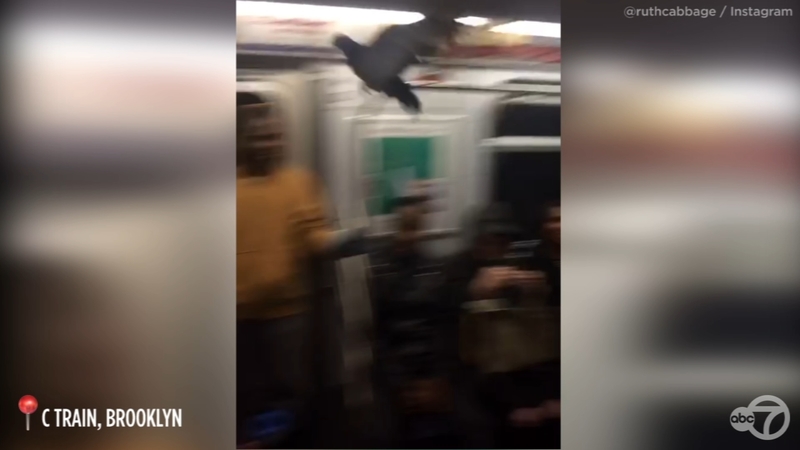 It happened on the Euclid Ave bound C train at 7:44 p.m. on Wednesday between the Franklin Ave and Nostrand Ave stops in Bedford-Stuyvesant, Brooklyn.

The pigeon flew onto the C train at Franklin Ave just as the doors closed, said Instagram user @ruthcabbage, who shot the video.

"Panic ensued as the pigeon flew back and forth in the car until a frightened woman opened the car door and released the bird into the tunnel," she said.

No one was hurt during the incident, and the person who shot the video said the bird appeared to be OK, too.

The bird appeared to have boarded the train without a Metrocard, which could result in a $100 fine. If you see a suspicious bird on the platform or train, do not keep it to yourself. Tell a police officer or an MTA employee.

MORE: Subway riders scramble to get away from rat on A train
EMBED More News Videos

Video shows subway riders trying to get out of the way of a rat.