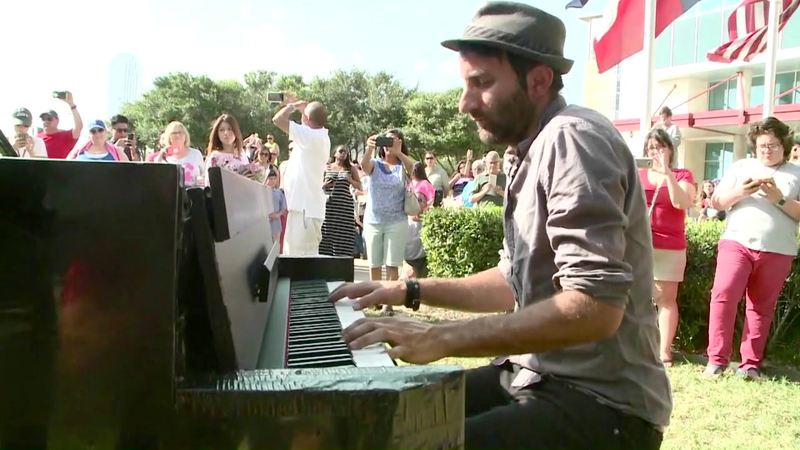 DALLAS, TX (KTRK) -- A man who attended the Dallas memorial for the fallen officers last night at police headquarters rode in on a bike and brought along a grand piano.

He played John Lennon's "Imagine" -- and then rode off.

It was part of Davide Martello's mission "to promote peace."

Powerful images from a painful week in Dallas.

Martello, or "Klavierkunst," played in France after terrorist attacks killed 130 people, and in Ukraine during pro-Russian unrest in 2014, WFAA reports.

According to his website, he wants to play in every capital of the world with his grand piano.

The "colours of his piano keys" -- black and white -- made him come to Dallas on Sunday, he wrote on Facebook earlier Sunday.

He wrote, "I will play in front of the memorial to promote peace."