Officer accused of beating teen in the streets 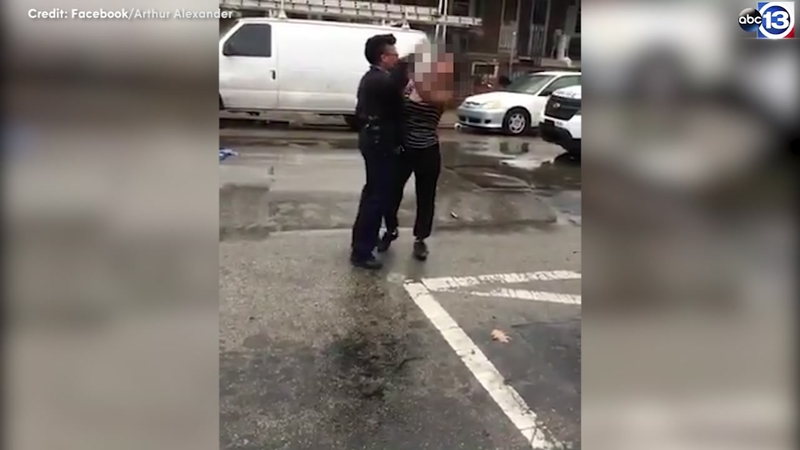 Philly cop accused of beating teen in the streets

PHILADELPHIA, PA (KTRK) -- Bystanders accused a police officer of beating a teenage girl Monday in the streets of Philadelphia.

Video posted to Facebook shows the officer engaging the teen while trying to break up a brawl between two groups of people in Philadelphia's southwest side.

"Mom, I wish I got vaccinated": A 32-year-old mother was due to deliver her baby days after she tested positive. Now, her mom is sharing her last message.

At one point, witnesses can be heard screaming "no," as the officer appears to swing their fists in the teen's face.

A second officer jumps in with their night stick drawn to assist the first officer.

Local reports indicate Philadelphia police are aware of the video, and are investigating.

RELATED: Police release video of cop beaten up by suspect

Chicago police released dash cam and body camera footage of an arrest in which an officer was beaten by a suspect but did not fire her weapon because she feared community backlash.