Police search for man who robbed two pharmacies within 30 minutes 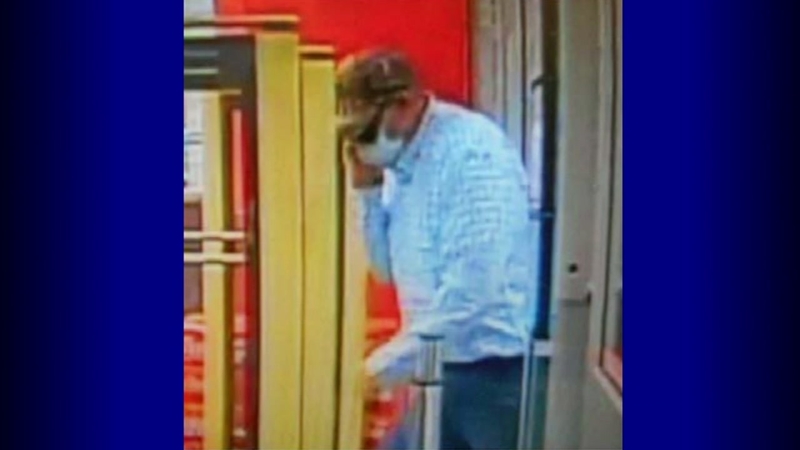 HOUSTON, Texas (KTRK) -- In a pair of brazen evening robberies, a man in a surgical mask hit two pharmacies back-to-back.

On Thursday, August 9, the masked bandit first struck a Kroger in New Caney. He went inside to the pharmacy and passed a note demanding medication. The employees refused and the suspect left in a Chevy Malibu.

Thirty minutes later, investigators say he successfully robbed a Walgreen's pharmacy a few miles away in Porter. He threatened employees that he had a weapon but never showed it. He drove away with drugs in a white Chevy Malibu.

In both robberies, the suspect wore a blue surgical mask.

These come on the heels of a story Eyewitness News reported last week.

Forty-year-old Patrick Glavin is a suspect in at least five Walgreens robberies in the city of Houston, two in Harris County, and one each in League City and Baytown. Like the surgical robber, Glavin is alleged to have used a threatening note.