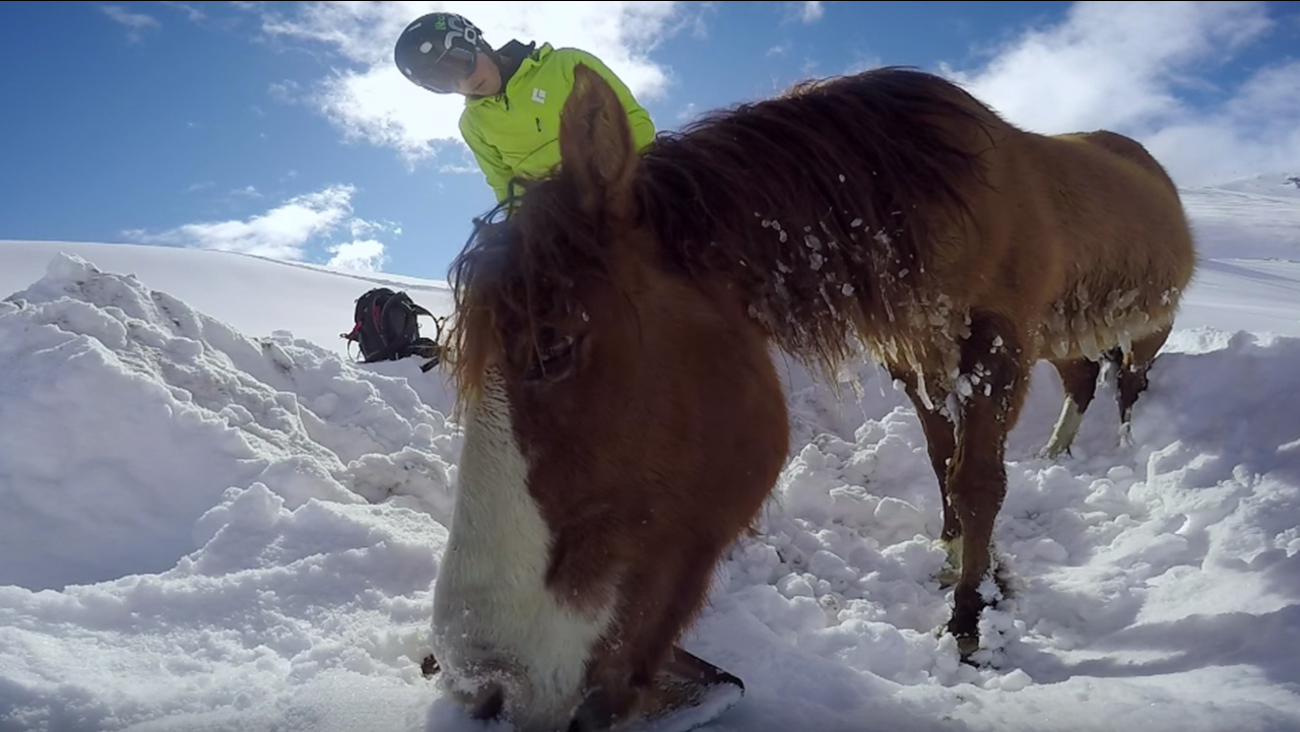 Two snowboarders armed with GoPro cameras were having fun riding fresh powder through the Chilean Andes, but changed their plans upon discovering a lone horse entrapped in the snow.

Rafael Pease captured the heartwarming rescue on video while celebrating his birthday with a friend in Chile, according to Pease's blog post on Inertia. The pair first discovered the horse when they spotted what they thought to be a rock in the distance. When they realized the horse's dire situation, they immediately used tools on hand to dig it out.

When the horse refused to budge even after the snowboarders cleared away the snow and gave it food, Pease lamented that the animal would surely die if they didn't do something.

Turning their vacation into a rescue operation, the pair led the frozen and exhausted horse on the painstaking journey back down the mountain.

"I have been through a lot in life, and through it all I have realized that it's well worth it to watch out for others - whether they are human or not," Pease wrote. "And that's what me and my riding partner did."

The horse was eventually reunited with its owner, when the two learned the horse had been missing for four days.

"Hopefully this inspires you to get out there and not only live your life to the fullest, but to help others do the same," Pease wrote.
Related topics:
distractionanimals in perilanimal rescuebuzzworthyanimalanimal newscute animalswatercoolergood samaritangood newsfeel good
Copyright © 2021 KTRK-TV. All Rights Reserved.
TOP STORIES
HPD officer killed while serving warrant to be laid to rest today
Woman killed on I-45 after allegedly getting out of truck during fight
Eligible for a COVID booster shot? Where you can get one
Moisture returns and rain chances are on the rise
Man killed in apparent road rage shooting in SE Houston, HPD says
Man arrested for killing ex's new boyfriend, deputies say
31-year-old Cy-Fair Fire Dept. driver operator dies of COVID
Show More
World renowned forensic sketch artist retires after 39 years
Mother, 2-year-old son killed in fall at Petco Park before Padres game
Who's eligible for Pfizer booster shots?
Man killed in drive-by shooting at E. Harris Co. home identified
Mother bear and cub enjoy afternoon on school playground
More TOP STORIES News