Rude Roomba is no match for this lazy Houston dog 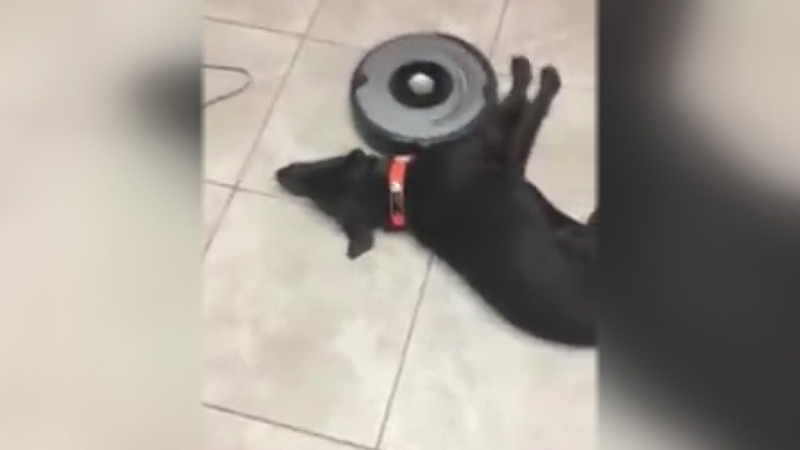 "Gauge" gets over his fear of the Roomba

TOMBALL -- Most dogs fear the dreaded vacuum, but this pup in Tomball really couldn't care less.

Gauge has gone viral either being the most lazy or most tolerant dog. He looks as tired as we all feel at the end of 2016 and he's not letting a Roomba get in the way of his nap.

RELATED: Roomba vacuum tracks dog poop all over home
Gauge is a blue lacy, the state dog of Texas.

Julie and Andrew Zak, Gauge's owners, say Gauge and his litter mates were dropped off at a prison in Huntsville at less than 2 weeks old. The prisoners tried to take care of them, but they were too young so a rescue group from Houston picked them up and nursed them back to health. The Zaks adopt him back in September and now the happy family lives in Tomball.
Related topics:
houstondogviral
More Videos
From CNN Newsource affiliates
TOP STORIES