Man charged after dog was dragged to death behind truck 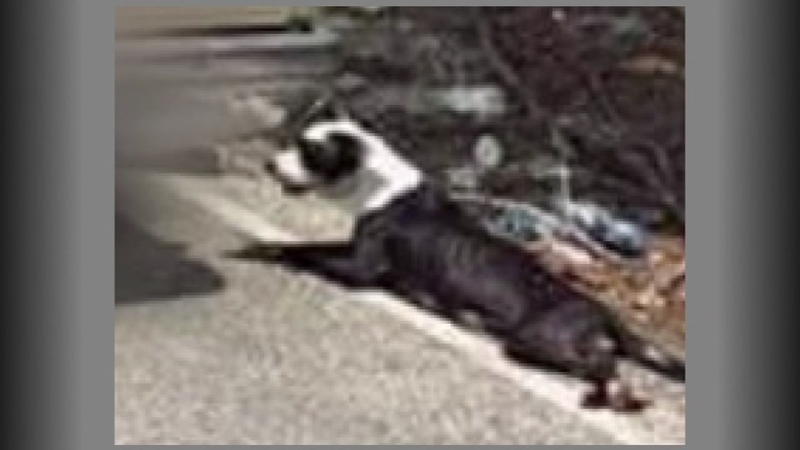 HOUSTON (KTRK) -- A Houston man has bonded out of jail after surrendering himself to face a charge of animal cruelty.

Police were able to locate Norris Garvin Bradley, 50, only because of a picture taken by an eyewitness and posted to social media. The picture showed a man who appeared to be wearing bloodied gloves, standing behind a pickup truck while a dog lay beside it.

The eyewitness says he was behind the truck near Sandra and Denmark on September 9 when he noticed it was dragging a dog. He told police he confronted the driver once he stopped and that the driver untied the wounded dog and sped away.

Police say they didn't find out about the incident until someone brought it to their attention days later, on September 14. The dog's body was located in a ditch, surrounded by garbage, September 16, near the location where it was last seen alive.

But he insists there's more to the story.

He says he'd just stopped after realizing he was dragging the dog when he saw someone taking pictures of him. He admits he spooked and fled. "I didn't know what to do. I panicked. I didn't know. I was like man! I drug this dog... I didn't intentionally drag the dog. I have dogs of my own," Bradley said.

Whether he felt badly or not, Bradley is charged now with misdemeanor animal cruelty for allegedly not seeking veterinary services for the dog. He's posted a $3,000 bond and is due in court next Tuesday.

Animal cruelty groups who have been following this story are organizing a "peace walk" in honor of the dog as a way to draw attention to the need to protect animals from violence. That will be held on October 4 at Little York and 59 at noon.