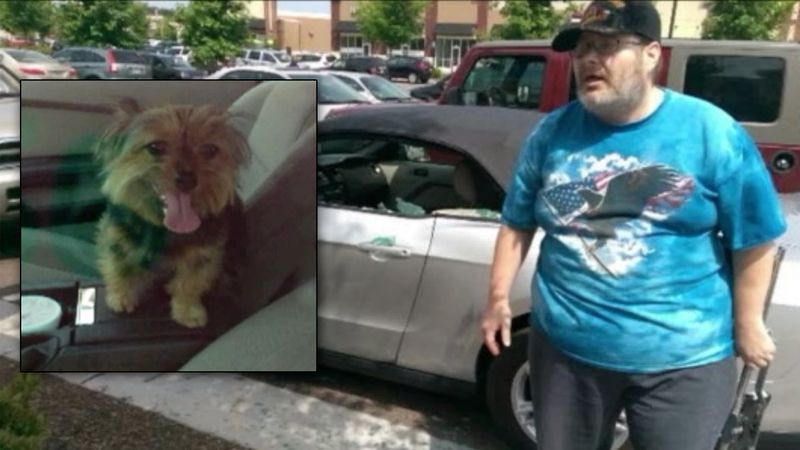 ATHENS, GA -- Georgia state law allows an individual to break a car window to save a child in distress, but the same protection does not apply when a pet's life is at stake, as one Army veteran has quickly found out.

Michael Hammons of Athens was charged with criminal trespassing after smashing the window of a Mustang to free a small Pomeranian mix left inside the hot car Saturday in a shopping center.

Witnesses said that while a group of shoppers waited for police to arrive to free the dog, the Desert Storm veteran took action. He used the footrest of his wife's wheelchair to smash the window and pull the small dog out of the hot car.

"I knew there'd be consequences, but it didn't matter," Hammons told WAGA-TV. "Glass, they make new glass every day, but they could never replace that dog."

"The dog was going to die. Nobody was there to help. He was a hero we thought," witness Diane McGuire-Byard told ABC Affiliate WSB-TV.

Hammons has admitted to his actions, which he took after he said the dog appeared to be in distress. After Hammons freed the dog, witnesses said he took the pet to a shaded area and gave it water.

"We didn't want to charge him, but he told us he broke the windows and when you have a victim there saying she wants him charged, we had no other choice," said Oconee County Chief Deputy Lee Weems.

Cunningham was cited for leaving the dog in the hot car. On Monday, WXIA reported that all charges against Hammond had been dropped.