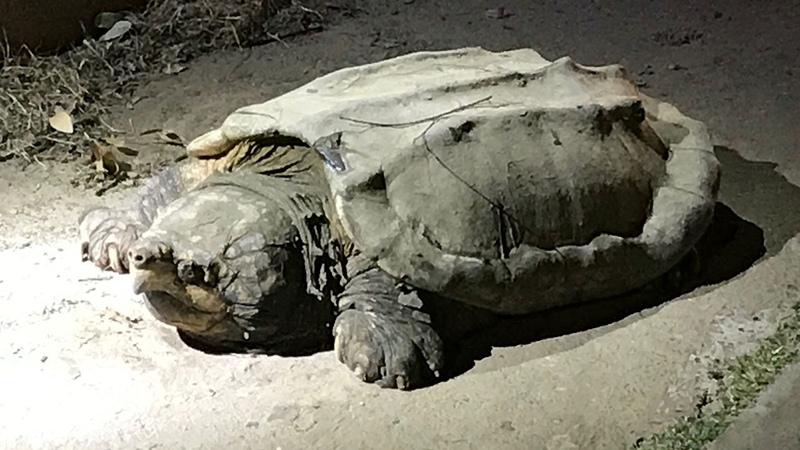 HOUSTON, Texas (KTRK) -- Why did the turtle cross the road?

Houston police snapped into action in the middle of the night to keep a turtle safe near Buffalo Bayou.

Police scoop up a turtle on Memorial Dr.

He was spotted wandering in the middle of Memorial Drive at Waugh just before 4 a.m.

Officers closed two westbound lanes while they waited for help removing the turtle.

Houston SPCA responders told ABC13 that the turtle is estimated to be between 70 and 100 years old. They also say it's the weirdest creature they've rescued since Harvey.

The endangered animal was pretty heavy to move but eventually he was taken to safety.

The road has since reopened.