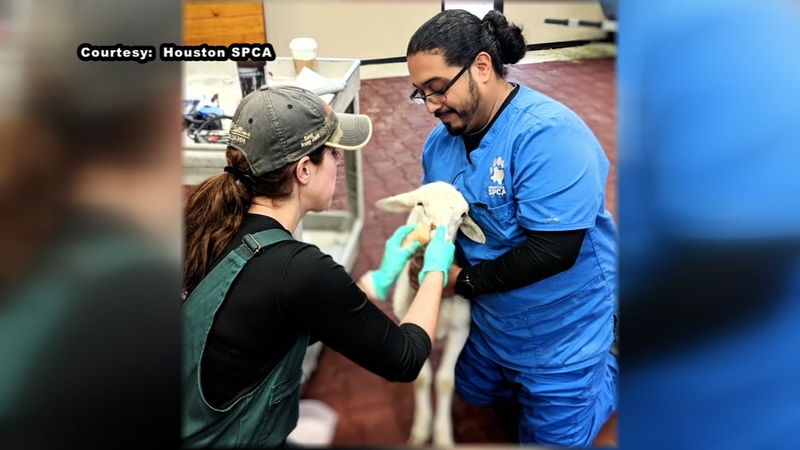 Photos and video were released by the Houston SPCA and the Montgomery County Sheriff's Office.

On Tuesday night, someone called deputies after seeing the dogs attack a herd of sheep on Adoue Road, west of Conroe. Deputies say 24 sheep were rescued.

Investigators also found several dead sheep and animal bones on the property. The SPCA is treating the rescued sheep.