WABC
NEW YORK -- A man who abused his girlfriend's puppy so badly that the animal lost a leg was sentenced Wednesday to a year in jail for felony aggravated cruelty to an animal.

Robert Martinez, 25, pleaded guilty last year, while the mixed-breed dog, renamed Sally, was rescued, underwent amputation and is now in a loving home. The ASPCA photo above shows her looking bright-eyed and alert, with her ears pricked up.

"The defendant's abuse of an 8-month old defenseless puppy culminated in a leg injury leading to amputation of the limb," Bronx District Attorney Darcel Clark said. "Such inhumane actions will not be tolerated, and a jail sentence sends that message."

Martinez lifted then-named Sassy to his shoulder height and slammed her to the floor. She tried to flee but couldn't walk, and the dog's right hind limb was amputated on September 16, 2016. Martinez's girlfriend brought the dog to the ASPCA, telling veterinarians she had fallen down stairs. Evidence of prior abuse including broken ribs was detected, and the NYPD was notified and retrieved the video of the assault.

As part of the plea agreement, Martinez must register as an animal abuser in the state registry and is not permitted to own an animal for five years.

"The ASPCA continues to be thankful for partners like the NYPD and Bronx District Attorney's Office in the fight against animal cruelty in New York City," he said. "Sassy, now named Sally, was rescued from a life of cruelty and pain, provided desperately needed medical care at the ASPCA Animal Hospital, and now has a new home thanks to this collaboration. We're grateful to the NYPD and Bronx District Attorney for bringing Sally's abuser to justice."
Report a correction or typo
Related topics:
pets & animalsanimal crueltyanimal abusedogu.s. & world
Copyright © 2020 WABC-TV. All Rights Reserved.
RELATED 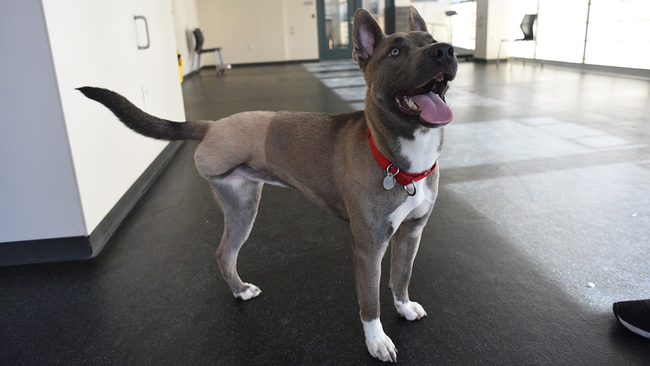