Family sells World Series tickets to look for their dog DEER PARK, Texas (KTRK) -- Mary Lemus has a new appreciation for the city where she lives.

"The Deer Park community came together to find Penny," she said.

"I was bringing in the groceries," she said. "And I left the door open, as I usually do, so Penny and Pebbles, the other Yorkie, can go walk in the front yard,"

Penny is her son, Rudy's, dog.

Rudy had tickets to the second World Series game, when he got the call from his mom.

WATCH: The family captured the moment they first saw Penny emerge from the sewer.

"I immediately put the tickets up for sale," he said. "And I came home to start looking for her."

The search continued until after nightfall Wednesday.

The Lemus family later learned Penny had crossed Center St., which is heavily travelled. A stranger stopped traffic, she was told, so the pup didn't get struck by a vehicle. Then she vanished into the dark.

The family had gone door to door, asking if anyone had seen her.

Another tip indicated Penny had been seen in a nearby field, near a storm sewer.

It was 4:30 p.m. Thursday when Mary was told that, and she called the City of Deer Park, which referred it to the storm sewer department.

"They just said a little dog was in the storm drain the last time they saw it, and I said 'Let's go.'"

It required Bermea to climb down into the storm sewer and try to find a tiny dog in the dark.

Finally he did. "She didn't want to come to me, but eventually I cornered her." 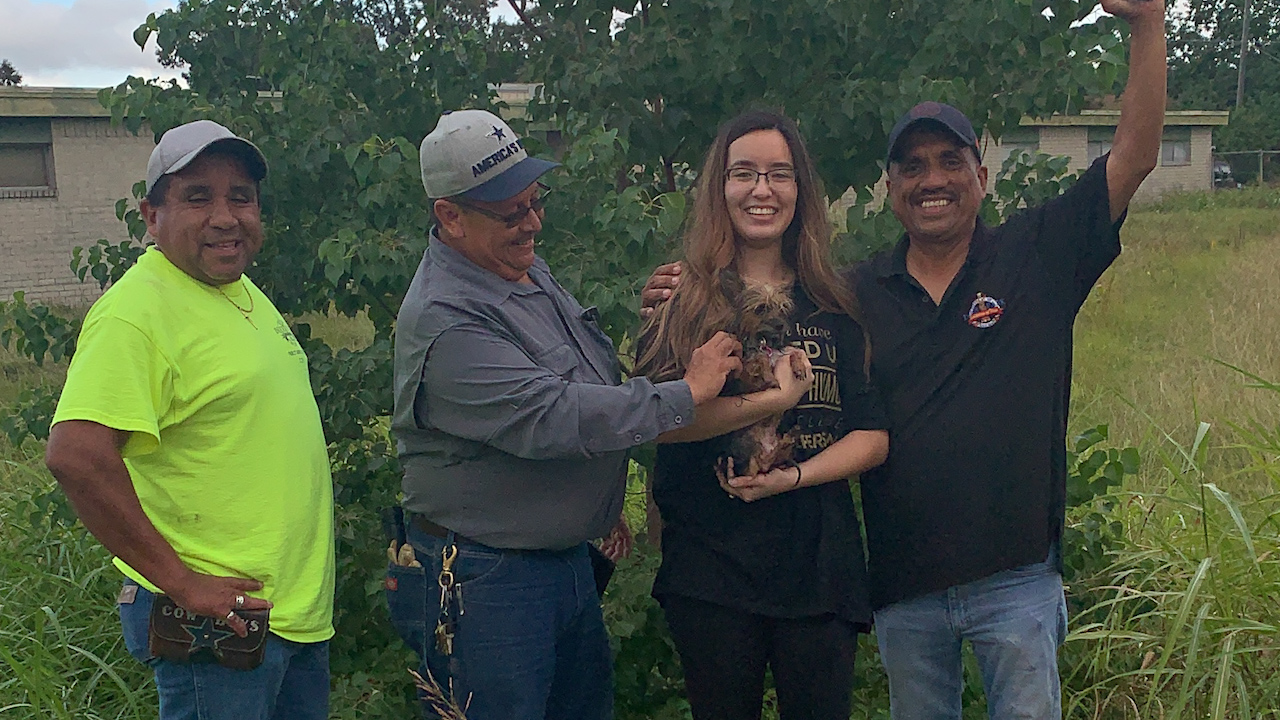 The family tells ABC13 they are grateful for Armando and Richard, the two city employees that assisted in Penny's rescue.

Above ground, workers Benny Carmona and Armando Diaz were waiting, along with Mary Lemus.

"I think it was hearing Rudy on the cellphone speaker that did it," Bermea said.

Penny is now home with her family, and Rudy Lemus can smile again.

"Penny's gotten me through a lot of stuff," he said. "I didn't know what I would do without her."

Along with his girlfriend, he said Penny is a big part of his world.

Mary calls the city workers who rescued the Yorkie, her angels.

"They went above and beyond at the end of the workday to save her," she said.

The Lemus family is grateful they did.