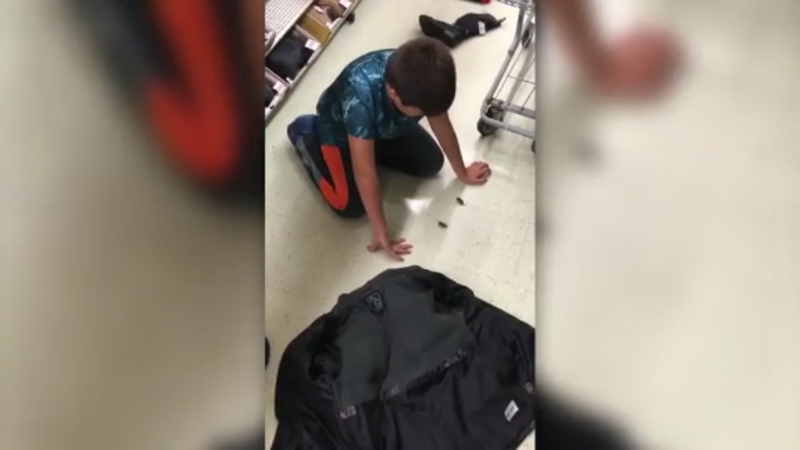 Boys find a family of mice living in a boot at their local K-mart store and take them home.

BISMARCK, North Dakota -- Two brothers are enjoying a family of mice their mother let them bring home from their local K-Mart Monday.

No, these mice didn't come from the pet section. They were actually found in a pair of winter boots.

Talon and Deakon Riederer along with their mom, Shasta, were not sure what those little things were, rolling out of the new winter boot.

"He goes, 'mom, look,' Shasta Riederer said. "I thought it was Vienna sausages rolling around the floor until they started moving, but then we heard them squeaking."

They were no Vienna sausages, they were a family of mice.

Not just two mice, but seven little critters and their mom.

The boys pleaded with their mom to let her take them home.

"They are cute, I want to touch that one," her sons told her.

"Super grossed out, but they are cute," Shasta said.

K-Mart in Bismarck didn't want the mice, so the boys and their mom brought the mice home.

"I let the kids take them home and let them get a fish tank for them. The kids put them in there and they were happy ever since," Shasta said.

They will be released into the wild soon.

"So proud of them that they have that kind of compassion and that they are willing to save mice when it would have grossed everybody else out," she said.

The K-Mart store says all of the other boot boxes have been checked and there are no more mice.