The Smithsonian, which runs the zoo, released new video of the tiny black and white furball.

It shows the adorable cub squealing and grunting during the brief exam on September 19.

Zoo officials say at just over two pounds, the newborn is putting on weight and measured 13.4 inches. Its tail accounts for two of those inches, according to the zoo.

Veterinarians were able to check on the baby giant panda after mom briefly left the den to eat.

They listened to the cub's heart and lungs and tested its suckle reflex.

The zoo says, "all signs point to a healthy and strong cub!"

In fact, when the new panda cub let out a particularly loud squeal, mama Panda made her way towards the door.

"Once Mei Xiang was reunited with her cub, she immediately picked it up and groomed it," said the zoo in a statement.

The team is waiting for DNA analysis to determine whether the cub is a male or female.

"Watching this little one grow under the care of its amazing mother, Mei Xiang, over the past four weeks has been a bright spot in the lives of all who follow their story," said the zoo. "We are thrilled to be able to share these joyful moments with fans all over the world." 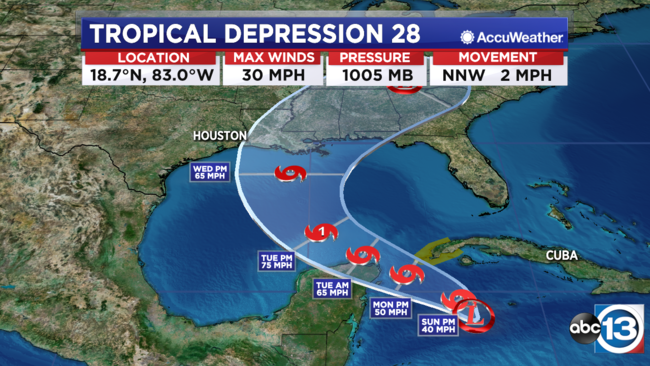