The launch is slated for March 23 at 8:30 a.m. CT.
CNNWire
By Jackie Wattles, CNN Business 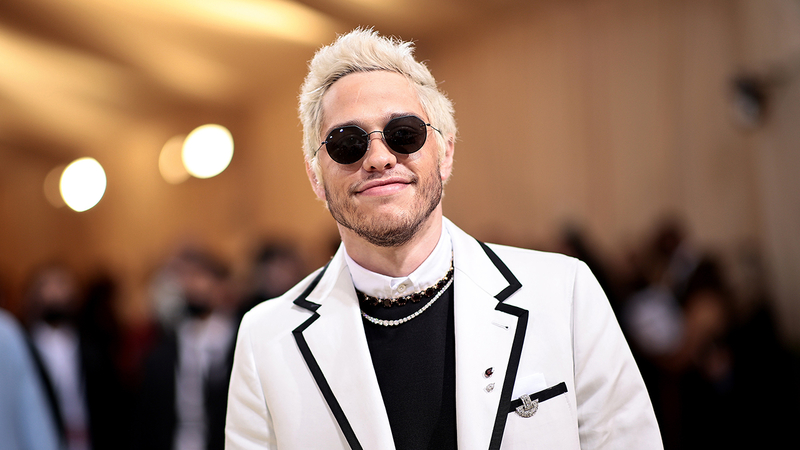 HOUSTON -- Pete Davidson will become the latest celebrity to fly to space with Jeff Bezos' rocket company, Blue Origin, in a brief, suborbital flight slated for later this month.

The company announced Monday morning that Davidson, the Saturday Night Live Star who's become a pillar of entertainment intrigue amid his relationship with Kim Kardashian, will fly alongside five paying customers on Blue Origin's 60-foot-tall New Shepard rocket.

The launch is slated for March 23 at 8:30 am CT, according to Blue Origin. The announcement comes after CNN confirmed earlier that Davidson was in talks with the company for a seat aboard its supersonic rocket, which launches vertically from a rural Texas launch pad on Bezos' ranch.

After years of quiet development, Blue Origin's space tourism rocket made its crewed launch debut last year with Bezos, flying alongside a heroine of the space community, Wally Funk, his brother Mark Bezos and a paying customer.

Since then, Blue Origin has been making headlines for flying other well-known names on two subsequent flights, including Star Trek star William Shatner and Good Morning America host Michael Strahan.

Blue Origin's goal is to make these suborbital spaceflights a mainstay of pop culture, giving a 10-minute supersonic joy ride to welcomed guests - which thus far have mostly been celebrities - and anyone else who can afford it.

Davidson will be joined on his flight by five paying customers. They include Marty Allen, an investor and the former CEO of a party supply store; Jim Kitchen, an entrepreneur and business professor; George Nield, a former associate administrator for the Federal Aviation Administration Office of Commercial Space Transportation; Marc Hagle, an Orlando real estate developer and his wife, Sharon Hagle, who founded a space-focused nonprofit.

The crew will spend a few days training at Blue Origin's facilities in West Texas before the flight day, when they'll climb into the New Shepard crew capsule that sits atop the rocket. After liftoff, the rocket will tear past the speed of sound, and near the top of its flight path, will detach from the capsule. As the rocket booster heads back toward the Earth for an upright landing, the crewed capsule will continue soaring higher into the atmosphere to more than 60 miles above the surface where the blackness of space is visible and the capsule's windows will offer sweeping views of the Earth.

As the flight reaches its apex, the passengers will experience a few minutes of weightlessness. Bezos notably spent his time in weightlessness throwing Skittles and flipping around in the cabin. Others have been glued to the window.

As gravity begins to pull the capsule back toward the ground, the passengers will again experience intense g-forces before sets of parachutes are deployed to slow the vehicle down. It will then touch down at less than 20 miles per hour in the Texas desert.

Because the flights are suborbital - meaning the don't generate enough speed or take the right trajectory to avoid being immediately dragged back down by Earth's gravity - the whole show will last only about 10 minutes.

Blue Origin is the first company to begin offering regular suborbital space tourism flights. Its chief competitor, Virgin Galactic, notably had its first crewed flight - which included founder Richard Branson - before Bezos' flight last July. But Virgin Galactic has yet to follow up that flight with another crewed flight after it later became clear that the company's space plane had traveled out of its designated flight path. The company now says its undergoing unrelated technology upgrades and may return to flight later this year.

SpaceX is the only private company that offers trips to orbit. The company completed the first-ever all-civilian flight to orbit last September, taking a billionaire and three chosen crewmates on a three-day trip. And later this month, the company plans to take four paying customers on a flight to the International Space Station, which orbits about 200 miles above Earth.

Blue Origin does have plans to build a rocket powerful enough to reach orbit, called New Glenn. And, in light of the news that Russia may no longer sell rocket engines to the United States, those plans are more pressing than ever. The engines Blue Origin plans to use for New Glenn, the BE-4, will also be used on an upcoming launch vehicle designed by United Launch Alliance, a joint venture between Lockheed Martin and Boeing that is responsible for significant US national security launches. ULA currently relies on Russian RD-180 engines.

Blue Origin did not have specific updates on BE-4 when reached for comment.