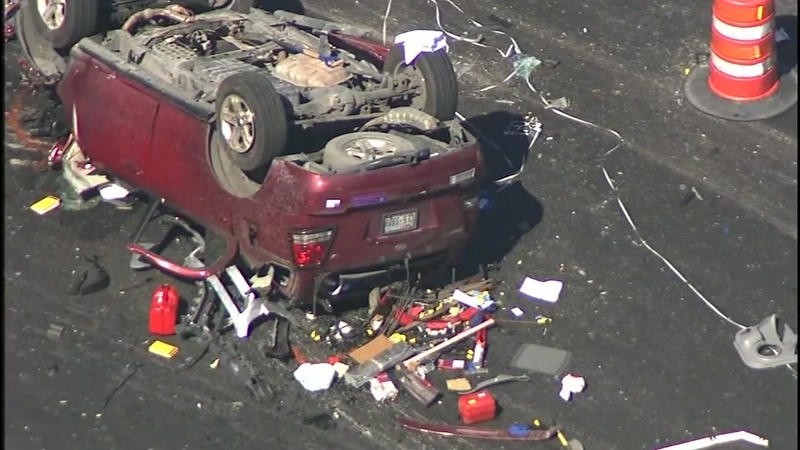 Authorities said two people died from injuries in the collision that happened around 2:30 p.m. Tuesday on I-45 and FM 1375.

A Megabus was traveling southbound on I-45 with 75 people on board when people started screaming.

State troopers said the driver of a maroon SUV traveling northbound lost control, breaking through barrier wires before going airborne across the median.

"I just panicked, really," said Megabus passenger Rosemary Ojor. "I saw wires pop up, then I seen two cars coming toward the bus."

Deborah Slieer said she saw people in the front of the bus jump up, trying to get to the back of the bus when she heard the impact.

The maroon SUV struck a silver car. The silver car collided into the Megabus and a black Nissan Altima.

Troopers said the driver of the SUV died on impact. The 51-year-old woman in the silver car died at Memorial Hermann Hospital.

Only two passengers on board the Megabus were taken to the hospital for minor injuries.

Investigators are calling this a horrific crash that could've been much worse.