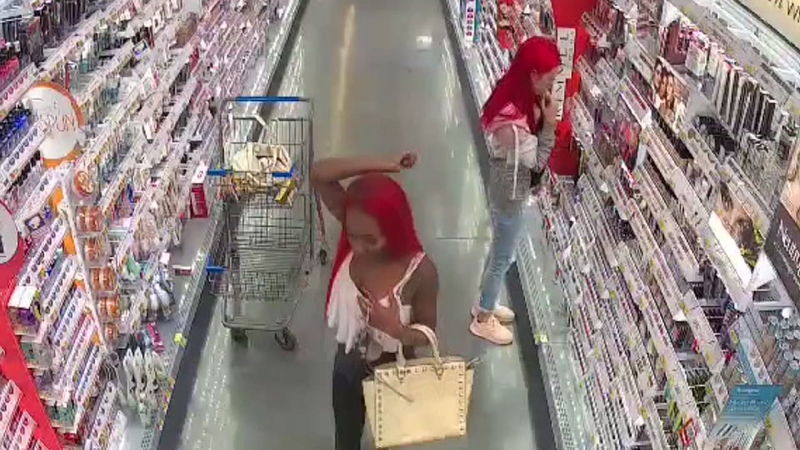 SPRING, Texas (KTRK) -- Two women are wanted tonight in Montgomery County for hosing people with pepper spray inside a Walmart.

Authorities said their "Elmo-like red hair" should help track them down.

The unreal situation unfolded inside the store off Riley Fuzzel Road on November 22nd.

Eyewitness News spoke with Captain Dan Zientek with Montgomery County Precinct 3 Constables. He said the duo were in the process of stealing about $400 worth of makeup. A manager approached them and they used the pepper spray as an escape plan.

In an ABC13 exclusive, we spoke with shopper Lindsay Slott who witnessed the aftermath. She described how children started coughing after breathing in the pepper spray.

There is a cash reward for information about the women's identities. You can make an anonymous tip by calling Crime Stoppers of Montgomery County at 1-800-392-7867.