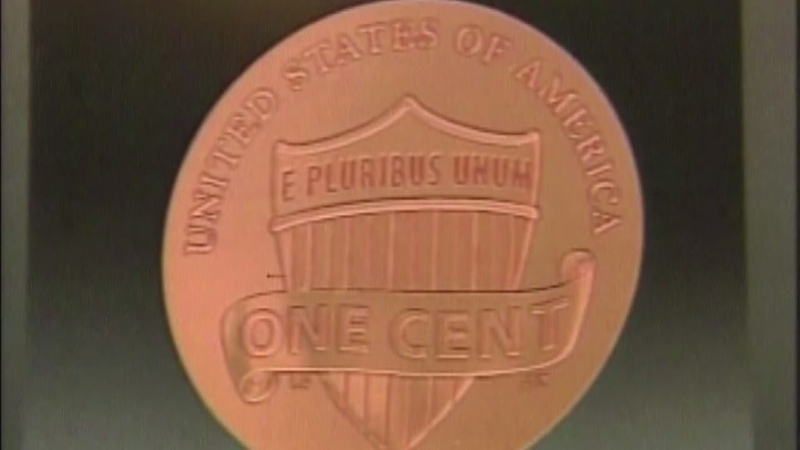 Rare penny worth $85,000 according to CoinTrackers

HOUSTON, Texas (KTRK) -- Find a penny, pick it up - especially if it's this one.

The rare 1943 copper wheat pennies are reportedly fetching $85,000 at auctions, according to CoinTrackers.

CoinTrackers says there were just a few of the 1943 Copper Pennies ever minted and all would have been released by error into the coin supply.

All the pennies in 1943 year were supposed to be minted as the steel pennies or war pennies. Coin analysts suggest that copper plates may have been tested or left mixed amongst the other steel plates from 1942 and thus the error. No matter what the cause, these coins are selling for just under $100,000 dollars.

Warning: There are many 1943 Copper Penny fakes floating around. You can take a 1948 copper penny and file down the left side of the 8 to make it into a 3.

You also want to watch out for fake 1942 copper pennies that are actually just copper plated 1943 steel pennies. Its not very hard to copper plate a coin and scam artists do it often. CoinTrackers suggests using a magnet to verify the coins content. If it sticks to the magnet, it is a copper plated steel and fake.

Back in 2012, a 1943 Lincoln penny sold for $1 million at auction. That penny was erroneously made of bronze instead of zinc-coated steel at the San Francisco Mint, according to UPI news agency. Texas Rangers co-chairman Bob R. Simpson bought the coin.

TUESDAY AT 10 P.M.: We're getting a look at the holy grail of coins-- how much they're worth, and what you should be looking for in your coin jar at home.