Police: Substitute teacher caught having sex with teen in cemetery 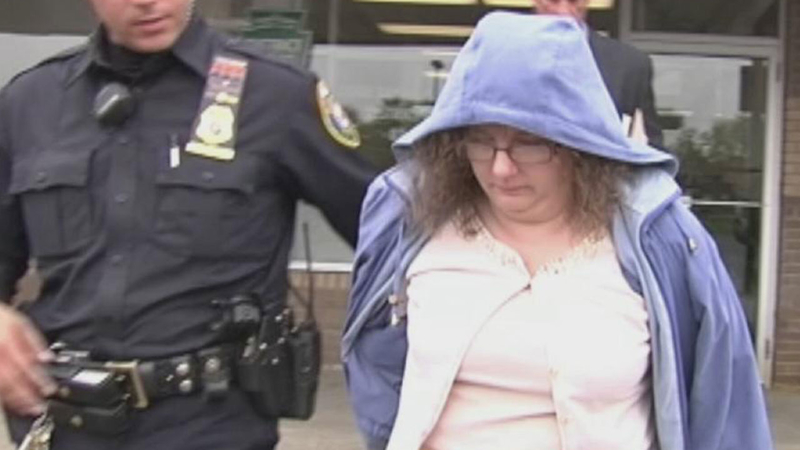 EASTON, PA -- Police say they caught a 49-year-old woman who works as a substitute teacher having a sex with a 17-year-old boy in an Easton, Pennsylvania, cemetery.

The suspect, Kelly Aldinger, was in court Tuesday to be formally charged with institutional sexual assault.

According to investigators, a police officer on routine patrol discovered them inside a car in the Easton Cemetery.

Police say Aldinger met the victim while she was working as a substitute teacher at Easton Area High School.

"The relationship started approximately a year, year-and-a-half ago, and the juvenile victim was a student at one time of Ms. Aldinger," said Lt. Matthew Gerould.

Easton Cemetery superintendent Jeff Mutchler says, despite what you would think, police will sometimes patrol this cemetery, because this is not the first time people have come here to be intimate.

Mutchler says it is a beautiful place, listed on the National Register of Historic Places, but it's also sacred ground.

"Folks have loved ones here that mean a lot to them, and to think that people will come in to these places because they're out of the way...," he said.

Meanwhile, the police report says Aldinger has already admitted to having sex with the teenage victim multiple times since last fall.

Investigators also tell us they do not believe there are any other victims. She was released on $50,000 bail.

Aldinger works for a company called Source4Teachers, which is used by the Easton Area School District to hire substitutes. The company said Aldinger has been suspended indefinitely.