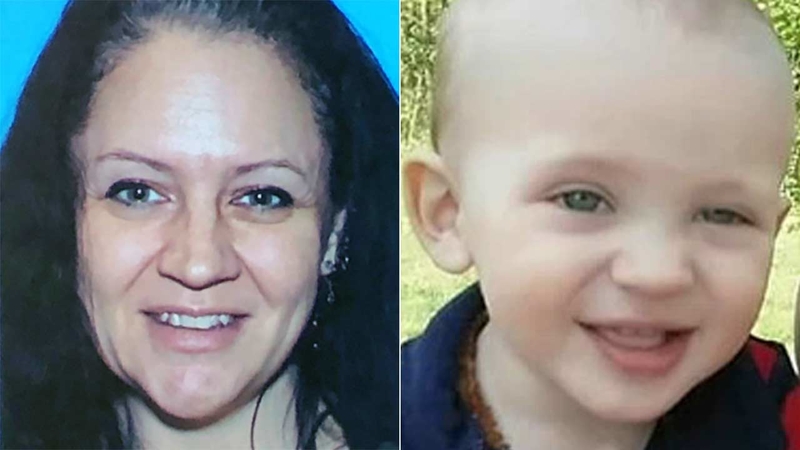 News conference on charges against mother in Tullytown child death

TULLYTOWN, Pennsylvania -- A mother has been charged with criminal homicide in the alleged poisoning death of her 2-year-old son.

Jennifer Clarey has been charged with one count of criminal homicide in connection to the death of Mazikeen Curtis.

Investigation continues into death of boy, 2, in Tullytown. Bob Brooks reports during Action News at 4pm on August 27, 2018.

According to court documents, Clarey allegedly poisoned her son, putting Vicodin inside the boy's sippy cup, causing him to overdose.

Authorities say an empty Vicodin prescription bottle was later found inside a closed lock box in the home.

Mother of 2 year old found dead in Tullytown is now charged for his death. According to court documents Jennifer Clarey faces criminal homicide charges. Documents state she drugged her son with Hydrocodone until he overdosed. Details live @ 5 & 6 on @6abc pic.twitter.com/Cu7Ci9Jf7y

"We did some exhaustive research into Mazikeen's health history. He was not prescribed Vicodin. In fact, it's incredibly rare - if ever - that Vicodin, as we know is an opioid pain killer, would ever be prescribed for a two-year-old," Weintraub said. "Plain and simple, this was a murder, and the weapon was the pills that came from this bottle."

Authorities said the little boy's body was discovered after police responded to a welfare check.

Their neighbor, Dawn Dunlap, said she and her neighbors were the ones who called for the check.

"Me and my other neighbor, we discussed it and said, 'You know what, this is something we have to do,'" Dunlap said.

She said just hours before the boy was found dead, his mother, Jennifer, was acting extremely out of character.

"It wasn't something that I had ever seen before, so for me to hear and see what I was seeing was just not her," Dunlap said.

Authorities say Jennifer was found inside the home with self-inflicted wounds to her wrists.

Clarey is now being held without bail at the Bucks County Prison.