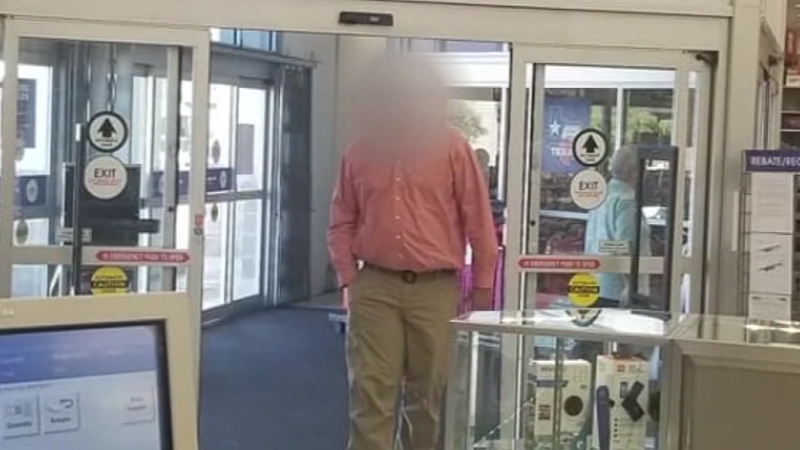 Holly Armstrong captured video and photos of the man she says recorded both her and her son in a changing room.

"I really don't know if the man was trying to record me or my son, which was the hardest pill to swallow. It was like a wall hit me," Armstrong said.

Police say they're investigating the improper photography claim but have to corroborate this is the suspect with store surveillance video before we'll show you his face.

Armstrong and her son were in a unisex changing room when saw the man's arm stretched over the stall with the phone pointed at them. She says she yelled.

"Whipped out of the changing room and started beating on his door and told him to come out. He didn't come out for a few minutes. When he finally emerged, he beelined to the front of the store," said Armstrong.

She says she followed the man out of the store, recording him and taking pictures of him in the parking lot. Police says the Special Victims Unit will work this case.

She says the store could make changes to deter this type of behavior.

"There needs to be better security, there was nobody working in the dressing room," Armstrong said.

While police do their work, Armstrong says she's sharing her story to warn others and hopes the man is caught.

"These sorts of incidences are often indicative of deeper issues. You don't even know where it could go. I hope he gets some help," said Armstrong.

A spokesperson for Academy released the following statement to Eyewitness News:

"The safety and security of our customers and our team members is our top priority. We will cooperate with the Houston police as they investigate the matter."