Man who killed pedestrian on FM 1960 thought he hit an animal, deputies say 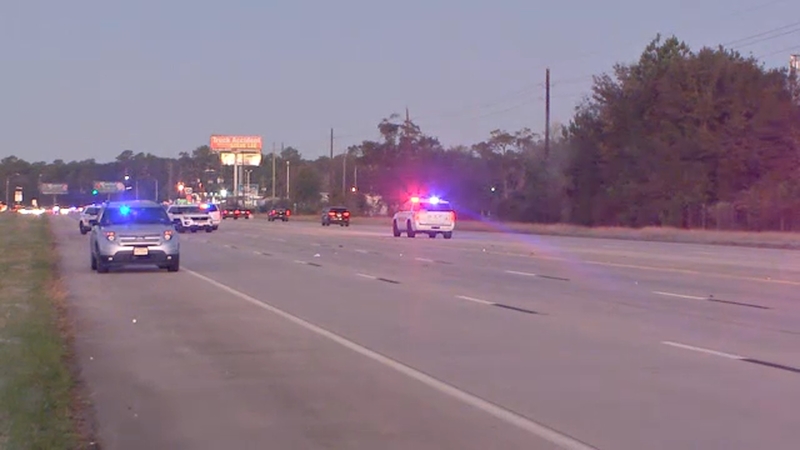 Driver accused of hitting and killing pedestrian on FM 1960

A pedestrian was killed after being hit by a driver who reportedly told authorities he was running late for work and thought he hit an animal.

The Harris County Sheriff's Office says the driver was heading eastbound when he hit the man.

A wrecker driver who was traveling westbound later noticed a pickup truck with significant damage on the right hand side of the vehicle, so the wrecker began to follow the truck.

The truck then pulled over to a parking lot further down the road.

Deputies say the wrecker was in the area because he heard the call drop for the accident.

When authorities caught up with the driver who hit the pedestrian, they say he admitted to striking something. He told them he was headed to work and thought he hit an animal.
Investigators say the driver has been cooperative and told them he planned to call police later to file a report.

According to officials, the pedestrian appeared to be in the middle of the road when he was hit and killed. They said there is no lighting in the area and the pedestrian was wearing dark clothing.

The case will be referred to the district attorney's office for possible charges.

ABC13 has real-time traffic data to help you navigate Houston's roads and avoid traffic delays.
Sign up for traffic alerts that are sent straight to your phone through our ABC13 app. Manage your notifications from the settings tab.
On mobile, use two fingers to zoom in to specific roads.