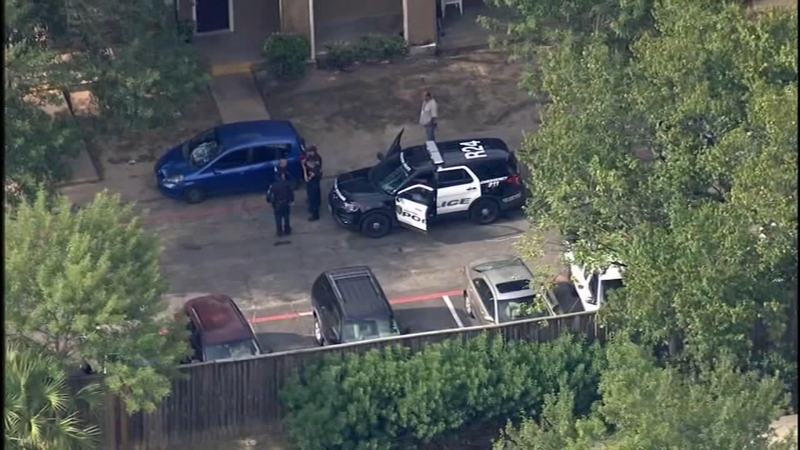 HOUSTON, Texas (KTRK) -- Police are investigating a bizarre and heartbreaking story in southwest Houston involving a 12-year-old girl behind the wheel of a car.

A man lost his life when police said she hit him with the vehicle. The man's dog, who he was walking, was also killed.

SkyEye was over 6061 Beverly Hill Street at Fountain View around 4 p.m. Thursday just after the crash.

Many questions remain as police continue to piece together what happened.

Neighbors tell Eyewitness News the man was seen walking his dogs often. No one knows how or why the young girl was behind the wheel.

"They did her like she was drunk," one woman said. "We were wondering why they would do that test on her if she's just like a teenager, she's not supposed to be drunk or anything."

Houston police will only say this is an active investigation. Neighbors tell me the young girl is back home with her family.

BREAKING: Houston Police tell me a 12 YO CHILD behind the wheel of a car on Beverly Hill Street hit and killed someone...I am on my way to scene. Lots of questions here obviously... Live report at 10 #Abc13