2 pedestrians struck by car, driver returned to scene after convinced by family 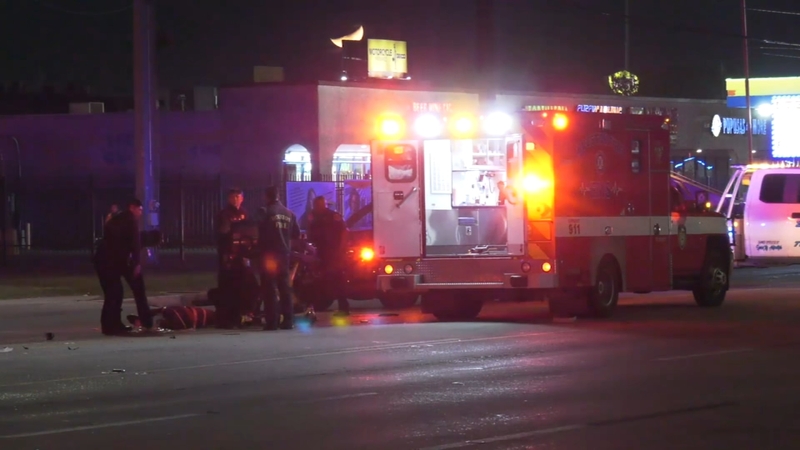 Pedestrians struck by suspected drunk driver with children in car

HOUSTON, Texas (KTRK) -- Two people were injured Saturday night when they were struck by a vehicle in the Aldine area, authorities said.

The collision happened in the 150 block of Aldine Bender Road around 11 p.m. An injured man and woman were located by police when they arrived.

Authorities said the driver left the scene but later returned after being convinced by family members.

Multiple children were found inside the vehicle, and there were no child car seats in use at the time, police said.

Witnesses told authorities the driver had been drinking prior to driving. He faces charges of suspicion of driving while intoxicated and child endangerment.