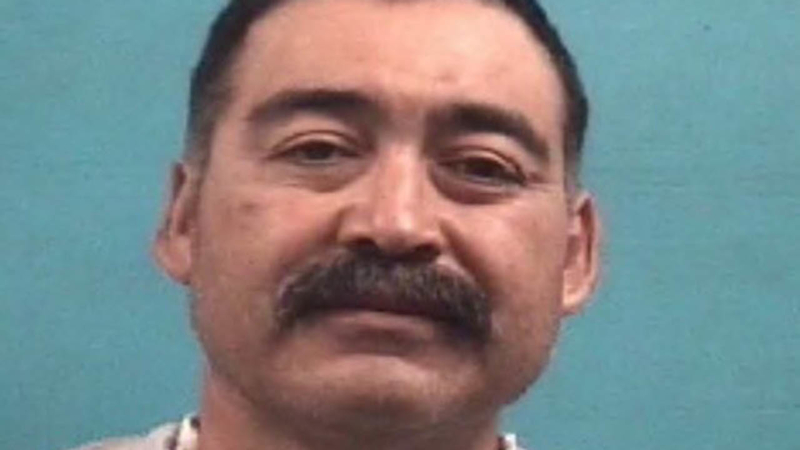 PEARLAND, TX (KTRK) -- A man who was caught overnight is now charged in the shooting death of his wife.

Police say one of Rodolfo Chaires Jr.'s kids called 911 last night around 7:45pm and said he shot their mother at least once and he took off. Police found the woman at the Tranquility Bay apartments in the 2900 block of Oak Road. Medics took the woman to the hospital where she died.

Chaires is charged with murder. Police say they caught him in Pearland just after midnight at the 10100 block of Chestnut Creek Way.

Police say Chaires' wife separated from him three weeks ago. They are both from Littlefield, Texas, near Lubbock. Police say Chaires discovered where his wife went and showed up at the apartment where she was staying.

He banged on the door and his wife let him in. They talked for a few hours about getting back together, but that's when, police say, things went bad and Chaires pulled out a gun and shot her numerous times.

Police say Chaires' young child and his grandchildren were in the room with them at the time of the shooting -- all are under the age of 13.

The name of Chaires' wife hasn't been released.

Right now police are trying to get more information on why the victim fled from Littlefield, and if there was any sort of protective or restraining order filed against Chaires.