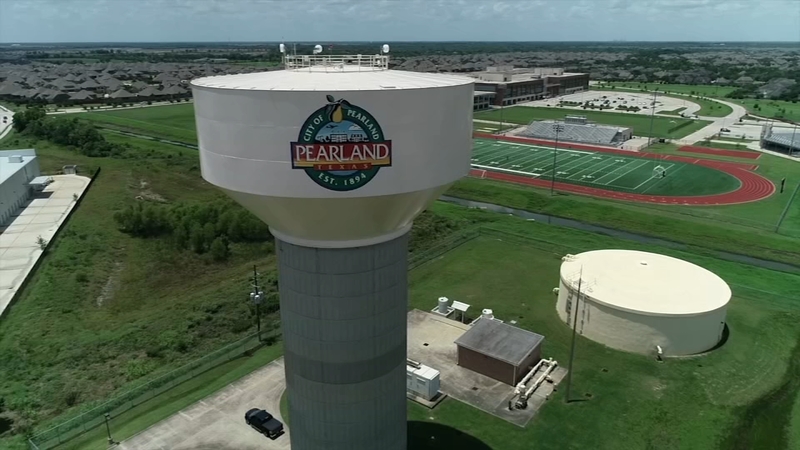 PEARLAND, Texas -- Pearland has blossomed from a tiny community founded in the 1800s to what may be called a small town with a lot of people living in it.

Now one of Houston's largest suburbs, Pearland is poised to celebrate its 125th anniversary on Sept. 26.

City Communications Director Joshua Lee said he has an interesting perspective as a Pearland native.

The Gulf, Colorado and Santa Fe Railroad came before Pearland was officially a city.

It was 1883 when the railroad laid a branch line from Houston to Alvin through the eventual site of the city of Pearland, according to the Pearland Convention and Visitors Bureau.

The railroad subsequently built a siding switch in Pearland, which allows one train to pull off to allow another to pass, said Donald Hayes, second vice president of the Pearland Historical Society.

The makeshift and switching station became known as "Mark Belt," named after a man who oversaw Brazoria Land Co. of Missouri's property for grazing, which stretched from Liverpool to Clear Creek, according to the Pearland History Timeline.

"That was what we were named before there was a Pearland," Hayes said.

In 1892, a nobleman from Poland who had been living in Harris County at the time came into the picture, buying 560 acres during a land boom, according to the CVB. Count Witold von Zychliniski mapped out Pearland and filed a plat of it in 1894, according to the timeline.

Lee said it was named that because those selling the land gave away pear trees to anybody who wanted to move to the area.

Zychliniski hired J.R. Jeter to sell the land and plant fruit trees to draw in settlers, according to the timeline and the CVB. The area was later advertised as a "Garden Paradise."

About 460 people lived in Pearland when the hurricane of 1900 hit, according to the timeline. The population plummeted to approximately 100 with the railroad picking up the tab for those who wanted to leave in the wake of the damage.

In spite of such setbacks, Pearland hung on and grew again. Beginning about 1910, Allison-Richey Suburban Gardens Co. drew in residents by pushing the area as fertile farmland with ready railroad access, according to a Pearland historical marker.

From then to now
The development of Hwy. 288, which opened in 1984, paved the way for expansion.

"It opened up Pearland as a suburb and really kind of cemented it as a good suburb for the city of Houston," Lee said.

The city has been the home base over the years for many families with members working for NASA, Lee said.

The city also includes Tom Reid, who has been mayor for over 30 total years in nonconsecutive terms.

Shadow Creek Ranch began in the 1990's and a tax-increment reinvestment zone formed in a unique private-public partnership have driven expansion on Pearland's west side. Indeed, more residential and commercial development sprang up than expected.

"Years ago, it was a railroad depot and a bunch of railroad tracks, and look what it is," Lee said. "It's exciting to think about where it could possibly go."