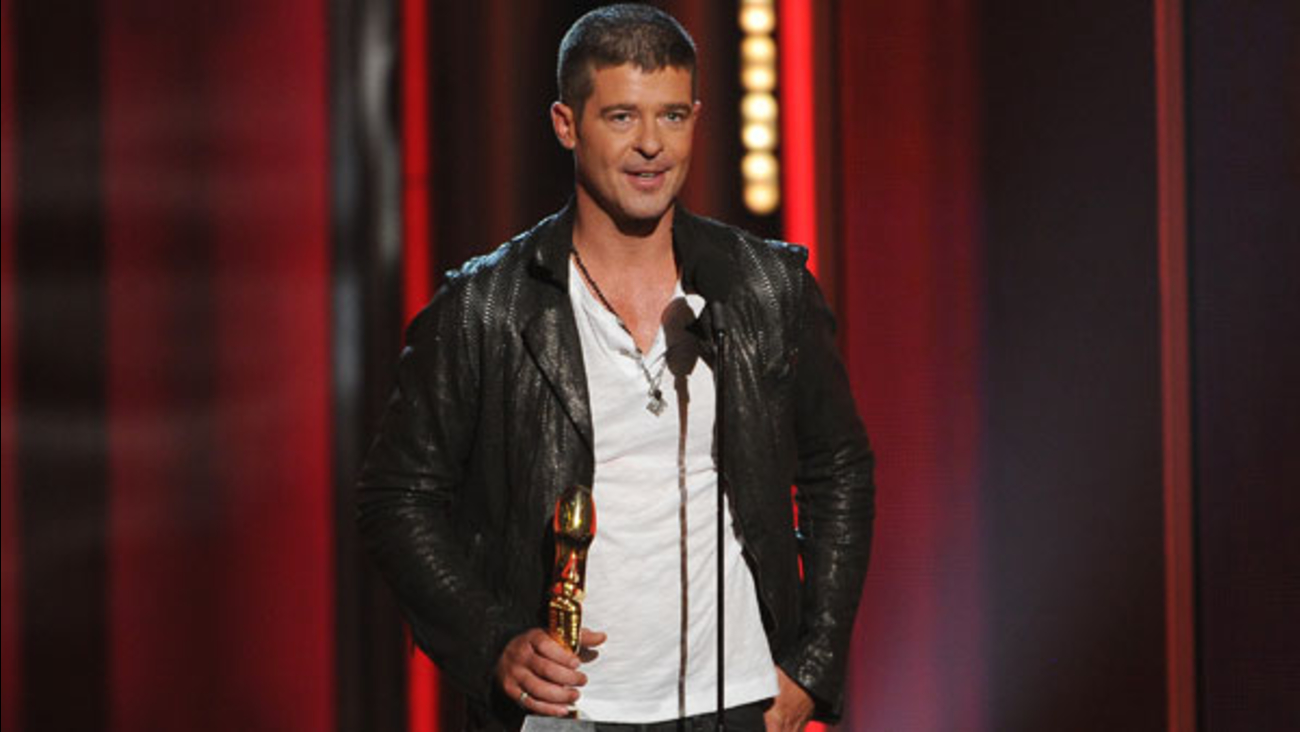 Robin Thicke accepts the award for top R&B song for "Blurred Lines" at the Billboard Music Awards on May 18, 2014, in Las Vegas. (Photo by Chris Pizzello/Invision/AP)

LOS ANGELES, CA -- Paula Patton has filed for divorce from Robin Thicke and is asking for joint custody of their son.

The "Precious" and "2 Guns" actress filed for divorce from the "Blurred Lines" and "Give It 2 U" singer Friday in Los Angeles, citing "irreconcilable differences."

The 38-year-old actress and 37-year-old singer announced they were separating in February after nine years of marriage. They have a 4-year-old son.

Patton was the inspiration behind much of Thicke's music and appeared in some of his videos.