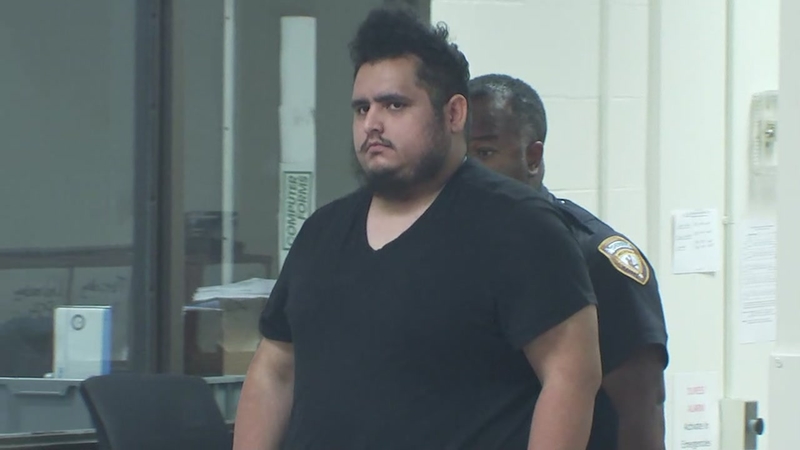 Overnight, Joshua Lewis appeared in court, where prosecutors say 10 more students came forward alleging that he touched them in ways that made them feel uncomfortable.

He has not been charged in more cases.

Joshua Lewis in court after being charged with molesting two students.

Lewis was arrested on three felony charges -- improper relationship with a student and two counts of indecency with a child.

The parents of two Jessup Elementary School students came forward on Oct. 5, alleging Lewis sexually assaulted their children after their daughters reported it to a counselor.

The girls' parents say their students were molested by the substitute teacher during a fourth-grade class earlier this month.

In court, prosecutors say Lewis denied the allegations, but he also admitted that he comes from a touchy-feely family, and his dad warned him not to touch the other students.

Both parents spoke with Eyewitness News along with their attorneys, and said their children continue to suffer after the assaults.

The school district said parents or students who see or hear anything unusual or that makes them feel uncomfortable should report that information to the district.

Anyone with additional information in this case should call Pasadena ISD police at 713-740-0200.

Pasadena ISD said Lewis worked for the district as a substitute teacher from March 2017 until this month. In all, he worked at least one day at 47 campuses in Pasadena ISD.