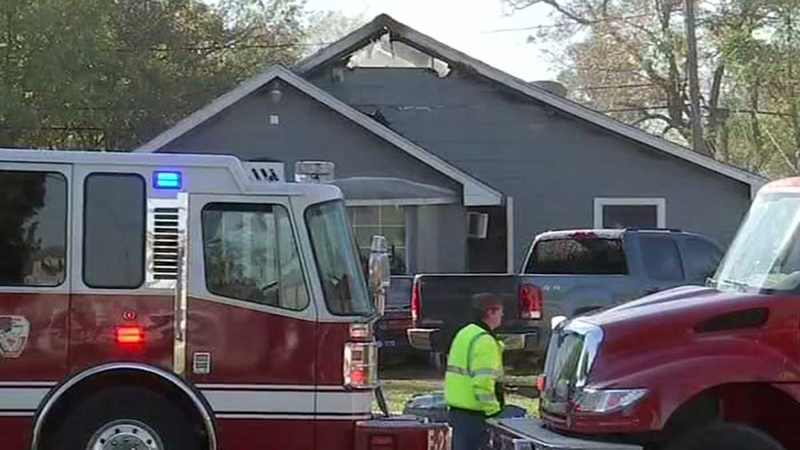 PASADENA, TX (KTRK) -- A grandmother leaped into action after seeing smoke coming from her home overnight. Her quick thinking may have saved several people, including a newborn baby.

Neighbors say the grandmother just had a feeling something was wrong.
She was out, having just taken some of the children living there to school. She got that uneasy feeling and rushed back to the house and that's when she saw smoke coming from the attic.

That grandmother says she ran inside, woke up some of the children who were there sleeping. Everyone made it out safely. It's unclear how many children were in the house sleeping when the fire started.

Neighbors translated for us what that grandmother says happened when she went in.

"That's when she pulls up to her house, sees smoke coming out of her attic," said a neighbor we spoke with. "She panicked. She thought about her daughter and grandchildren who were asleep. She runs inside. Thank God there was nothing burning. She runs and wakes them up.

Firefighters had some issues out there. Two were electrically shocked because the power hadn't been cut. They weren't seriously hurt and didn't even have to go to the hospital. But the Pasadena fire chief says crews had to go in to knock that fire down and they couldn't wait for CenterPoint to arrive and cut the power.

The chief says sometimes that happens. The firefighters who were shocked are OK. They believe an electrical issue caused the fire, but the investigation is ongoing.