Parrot found safe after it was stolen from Walmart parking lot 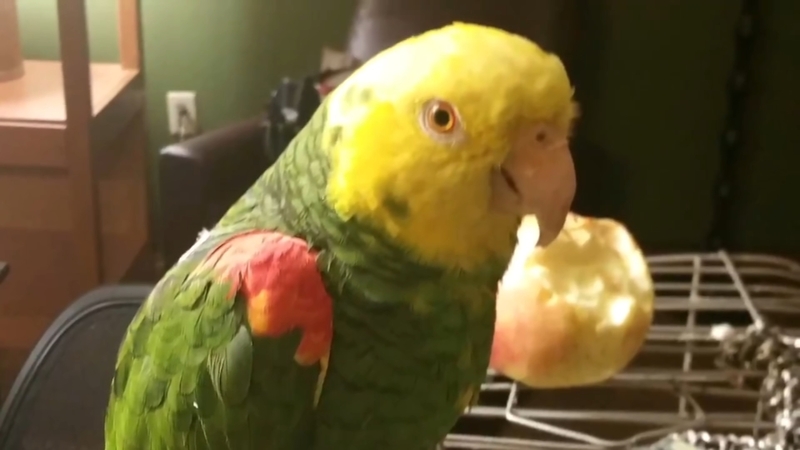 HOUSTON, Texas (KTRK) -- After more than three days of searching, Verdi the parrot is back in the care of his owner, Keith Wirsing.

"He is in great shape and acts like he was on an adventure and was wondering when I'd show up," Wirsing said.

Houston police retrieved the bird in good health and are still investigating how the bird ended up in the care of two men, authorities said.

HPD said the two men are suspected of stealing the bird from inside Wirsing's car at the Walmart on El Dorado on Sunday, but no one had been charged as of Thursday.

Wirsing has had his double yellow-headed amazon parrot for nearly 40 years.

Wirsing was returning something to the store and brought Verdi along for the trip. He left the parrot in his running car with AC on while he went inside, but when he came back outside, Verdi was gone.

Wirsing said, "As soon as I saw the lights weren't on, I saw the engine wasn't running, I looked in and saw Verdi wasn't there. I panicked and started looking through the van, hoping that, you know, he had just climbed down or something."

Wirsing called Houston police. He believes whomever took the bird knew of Verdi or knew something about birds.

"Not many people would risk reaching in and grabbing an unknown bird -- not a bird that size," said Wirsing.

He says he brings the bird everywhere with him.

He added, "We've been through a lot in 37 years and he's the only one that's been there."

Note: The video above is from an earlier version of this story.

12-year-old Jasper was found 8 years after he went missing from Louisiana.