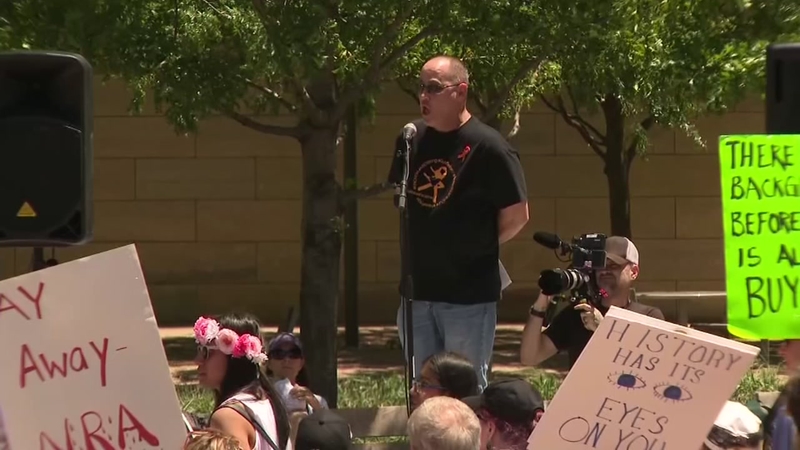 DALLAS, Texas (KTRK) -- Hecklers tried to interrupt the father of one of the Parkland High School shooting victims.

The man was speaking at a gun reform rally in Dallas this weekend near where the NRA Convention was being held.

The hecklers were eventually escorted away by police.