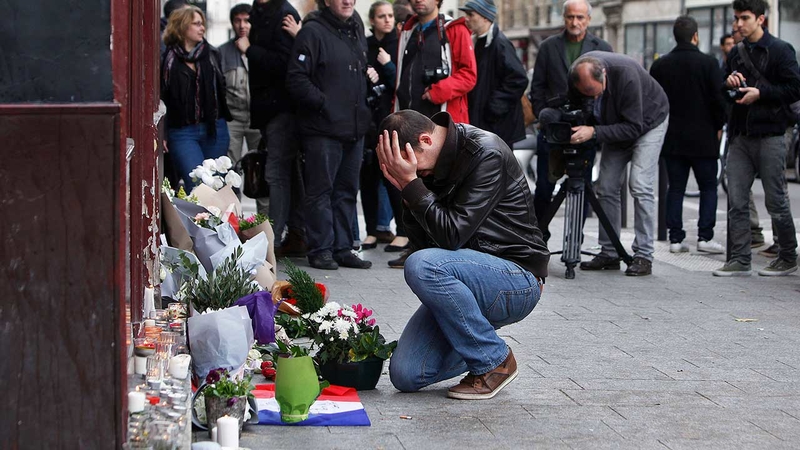 Houstonians worry about family in Paris

HOUSTON (KTRK) -- Watching the scenes play out in Paris provided some heart dropping moments filled with worry for family members in Paris for many Houstonians.

"She said 'Flo I hear something very strong. Like shooting,'" Florelle Salibi says.

From inside her Galleria area bakery, Florelle Salibi took us through the first conversation she had with her mother after today's attacks in Paris, just a matter of blocks from her home. She even emulated the sound of the gunshots that her mom made on the phone.

In a text to Florelle, her mom said "I'm fine, but it's very dangerous."

Her friends had tickets to the performance in the concert hall where the terrorists killed more than 100 hostages.

"They have problem and give the tickets to another person. They tried to call the people and they didn't answer," she says.

That's not the only story in Houston of friends and family who were spared by fate.

"She stayed home tonight," Justine Lamouroux told us of her friend in Paris. "She was supposed to go meet some friends in a bar in the center of Paris. But she was pretty shocked too. It's very scary for her."

Justine Lamouroux, Sebastien Ribeiro, and Salome Tenailleau are all au pairs from France living in Houston. They've been watching the horror from afar.

"For us Paris, is safe," Ribeiro says. "It was far and not in France. But now it's two times in the same year. So it's scary."

The first attack was in January when masked gunmen shot and killed staff members inside the offices of satirical magazine Charlie Hebdo.

While we were with these three, they called a friend on FaceTime who is near Paris. Justine translated his response for us.

"I'm very shocked. It looks like it's much worse than Charlie Hebdo in January. I just don't understand...so many questions," he said.

"We just don't understand why so many people are dead tonight," lamented Salome Tenailleau. "We can say nothing, we just know that it's a terrorism act."