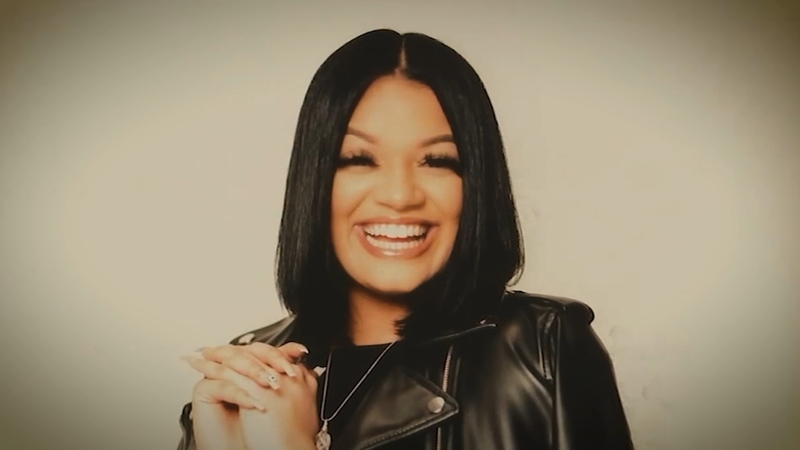 HOUSTON, Texas (KTRK) -- The parents of a 19-year-old singer killed in a wrong-way crash earlier this month are calling for change after the man believed to have caused the crash posted bail this week on drunk driving-related charges.

Lindsay Locke and Charles Chapman are still reeling with the loss of their daughter, Jaelyn "Jaerene" Chapman. In April, Chapman was in a vehicle with three others, traveling on Westpark Tollway when a wrong-way driver collided with their vehicle, killing Chapman and seriously injuring the three others.

Authorities accused the driver who caused the crash, 32-year-old Bobby James Brown, of being highly intoxicated.

Brown was charged with intoxication manslaughter and three counts of intoxication assault. He had two prior charges in Harris County, including driving while intoxicated in 2017.

Court records note that case was dismissed due to "successful PTI completion," which is a DWI pre-trial intervention program.

This week, Chapman's parents said they were notified that Brown was able to post bond and was released. He's required to have a breathalyzer in the vehicle, they said.

"It was just a slap in the face. It's insulting," Locke said. "You can't put a dollar amount on Jaelyn's life. However, just knowing that he was able to get out so easily, you know just 'Come up with $2,000 and I can get out of here.' It's really insulting."

Charles Chapman said he believes the justice system is too lenient on those charged with DWI or DUI and repeat offenders.
"I feel that another family can go through the hurt and the pain that we're going through as well, because this guy, he was slapped on the wrist (and) like Lindsay said before, he's a repeat offender." Chapman said. "I feel like if it's (bail) that low, some people will feel like, 'Hey, I can afford that' and they will go out and not plan their day and have a designated driver or call an Uber. They can afford that. DWI cost on billboards $10,000. You can kill somebody and get away and pay $5,000. If you're doing the math, and you know how to add, that doesn't add up."

That's why they are demanding change, calling for stricter penalties and bail reform, especially in cases where the defendant is a repeat offender.

"So far, just looking at the low bond amount, that's not justice," Locke said, "My hope is during the duration of us fighting this case and everything, I hope that justice is truly served."

Brown is due back in court in June.