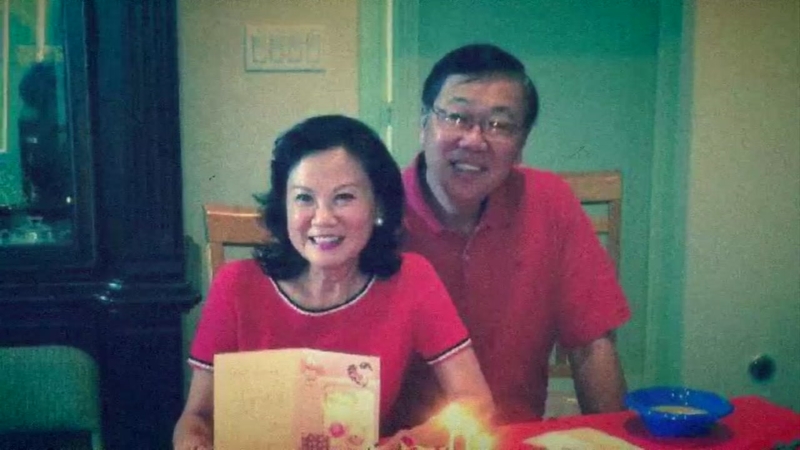 Son of murdered couple speaks out

HOUSTON, Texas (KTRK) -- Richard Lam said his parents Bao and Jenny Lam came to the United States as teenagers with hopes of living the American dream.

Still very few clues in the murder of a couple inside their home in northwest Harris County.

Their hard work paid off. They became entrepreneurs, owning several restaurants and properties and lived in a gated community. Their American dream had become a reality.

"Everything they did they just wanted to provide for us," said Richard Lam.

On Saturday, Richard returned home from a cruise and tried to get in touch with his parents.

"When we docked in, I started calling. The phone was going straight to voicemail," said Lam.

After he didn't get an answer, he went to their home.

"As soon as I arrived, I knew something was wrong because there were doors open through the house when I was peeking through the windows," said Lam.

Soon after, deputies arrived and discovered the couple had been killed. Sources said they were bound and tortured before they were murdered execution-style.

Investigators believe the family was targeted.

They say they were killed on Thursday around 8:40 p.m. when they were ambushed in their garage after returning home from dinner.

Now Lam said he plans to keep their legacy alive.

"I hope I continue to make them proud even after they're gone," said Lam.