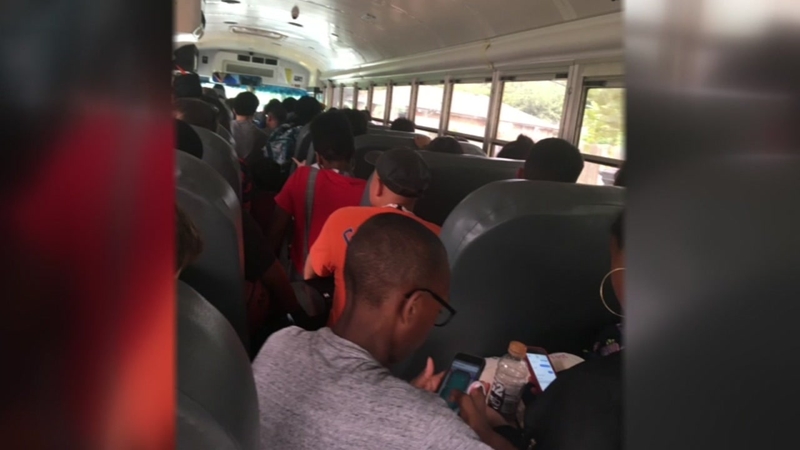 Parents upset about bus problems take their fight to HISD

HOUSTON, Texas (KTRK) -- You hear about politicians and police doing this all the time, but it's rare for a group of moms and dads to organize a news conference.

But that's exactly what one group of HISD parents did on Thursday.

They say they have gone to the district repeatedly since school started, complaining about late, overcrowded, and unreliable school buses, but weeks later, the problems persist.

"It's a travesty. It's ridiculous. And I am tired of it," said parent Joellen Hunter.

"We call it the 'hope' bus system because we hope the bus shows up and this is something that has to stop," said Travis McGee.

The parents say their kids are consistently arriving at school late, missing out on valuable time in the classroom.

Aside from that, they believe unsafe stops and crowded buses put their children in real danger.

"Kids are missing first period and that puts stress on the older ones because they know how hard they have to work on their grades," said mother Michel Hinton.

Hinton doesn't know what the district is doing to address the transportation issue, and neither do we.

We asked the district for a list of steps they're taking to resolve the problems. They told us "no comment."

All these parents say they want is a plan.