Video shows parents getting into brawl during youth wrestling tournament 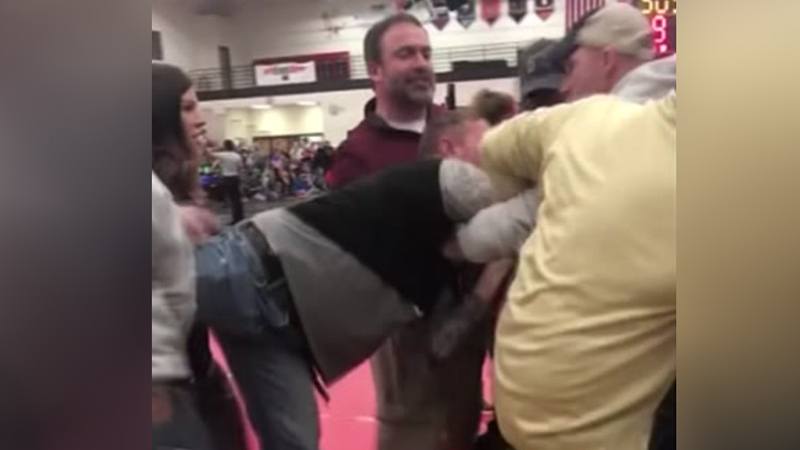 FOX VALLEY, Wisconsin -- Police cited three parents after they were caught on video getting into a fight during a wrestling tournament in Wisconsin.

In the video that was viewed online nearly two million times before it was taken down, one woman is yelling at someone.

The man next to her then gets in her face, and a larger fight breaks out.

There's no word what started the initial argument.