Houston man reunited with paramedics who helped save his life 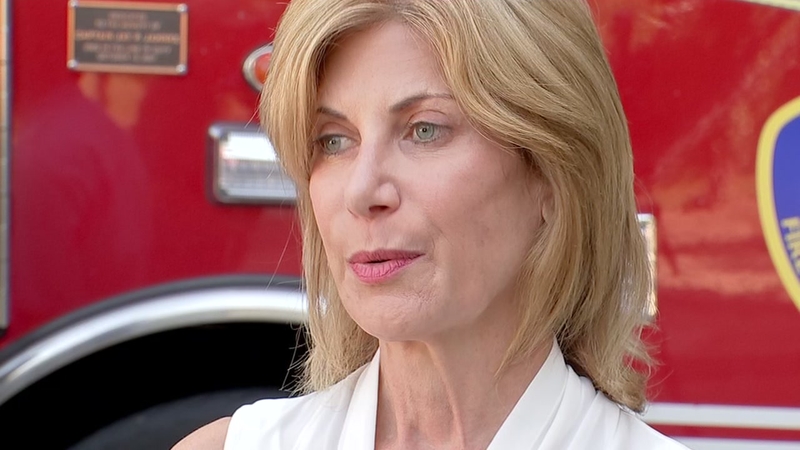 HOUSTON (KTRK) -- Paramedics save lives every day in Houston. But it's not often they get to meet the men and women they help.

Bob Diamond was one of their recent patients.

Diamond says it's not easy reliving that day, but he needed to shake the hands of the men who treated him during those crucial moments during his emergency.

"It's sad, but important," Diamond said through tears.

"Wow. I guess that's the only way to say it: wow. It tells me the training that I've done, I've done my job," said Jerry Schlicht, a Houston paramedic.

Schlicht says during his 14 years as a Houston firefighter and emergency responder, he's never met a patient he's helped.

It was June 27, around 4:30 p.m. when Joyce Diamond says she heard noises coming from the room where she had just seen her husband working at the computer. Bob has no memory of what happened.

"I heard this sound and this noise that wasn't quite right, choking or gurgling or whatever," Joyce said.

She called 911. She didn't know it then, but her husband was suffering from cardiac arrest.

"I thought quite possibly he was going to die," Joyce said.

The dispatcher on the other end of the line helped keep Joyce calm, coaching her on how to preform CPR, which Joyce had never done before.

"They they were so calm. I was not calm. They were calm. Thank god they were calm, you know? They know how to do it," said Joyce.

She pumped her husband's chest and helped him breath for five minutes, until paramedics arrived. That kept him alive.

"That was very important, very vital to getting the blood flow circulating through the brain," Schlicht said.

Bob was in the hospital for eight days and now lives with a pacemaker to help his heart, but he has no other last effects. A credit, the Diamonds believe, to the dispatcher who helped Joyce, and the paramedics who worked fast.