Parachutist lands in crowd at Wings over Houston 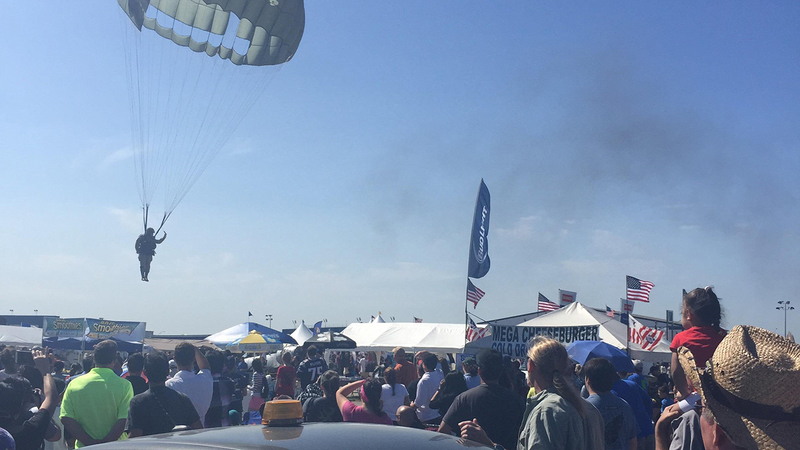 HOUSTON (KTRK) -- There were some scary moments at the Wings over Houston air show on Sunday, when a parachutist landed in the crowd.

Four members of a skydiving team were scheduled to perform a high flying performance at the Ellington Airport but high winds forced the stunt to be called off. Unfortunately, one member of the team had already made the jump.

The parachutist landed on a tent and sent vendor merchandise scattering across the field.

"We knew he was coming into the crowd, we just didn't know where," vendor John Alcot said. "Actually, that was probably the best place for him to come because he didn't hit anybody." 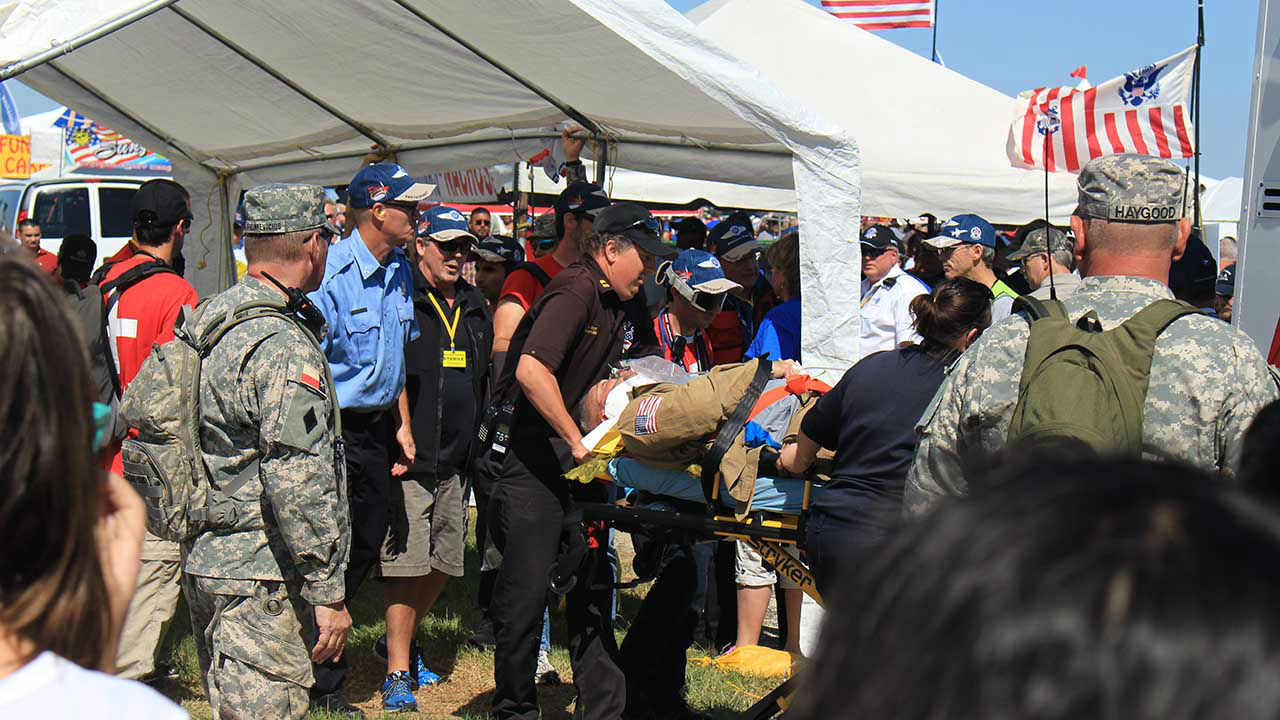 Don Johnson, announcer for the air show, said the parachutist suffered a broken limb and was taken to a nearby hospital. Those injuries are not life threatening.

The performance team was based out of Florida. It was their first time appearing at the Wings over Houston air show. 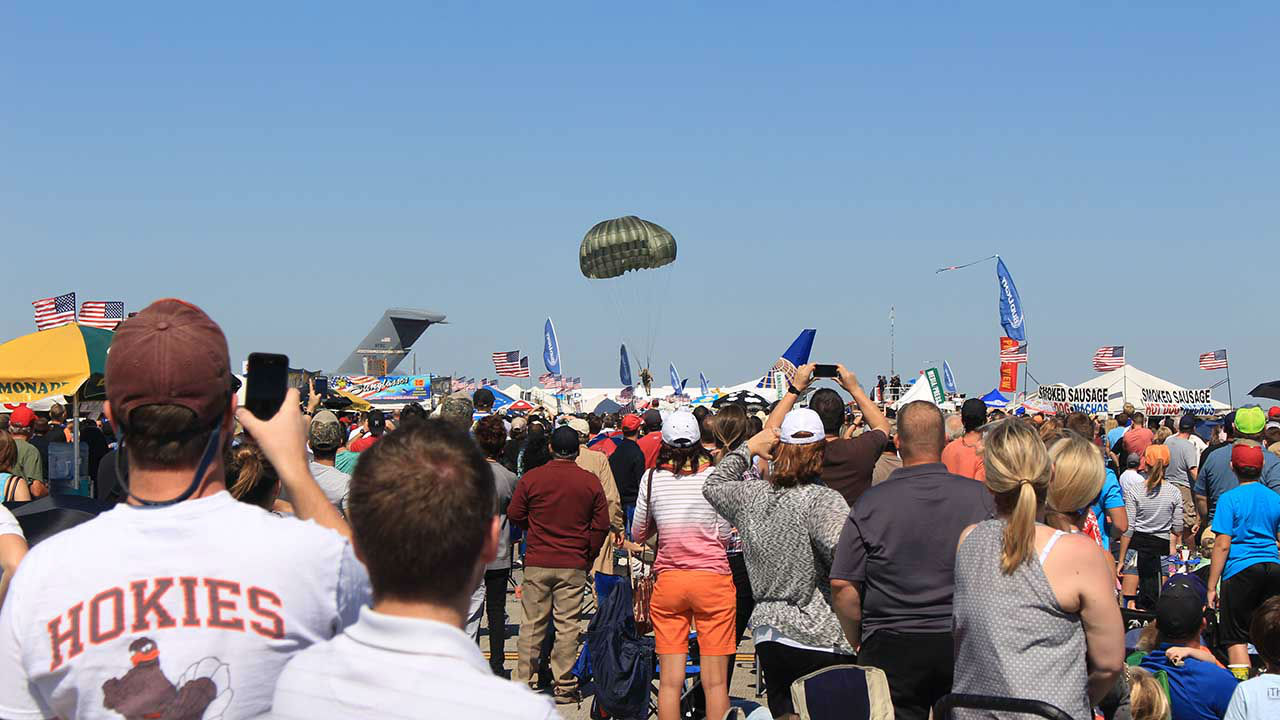