Teammate saves fellow serviceman after his parachute fails in England 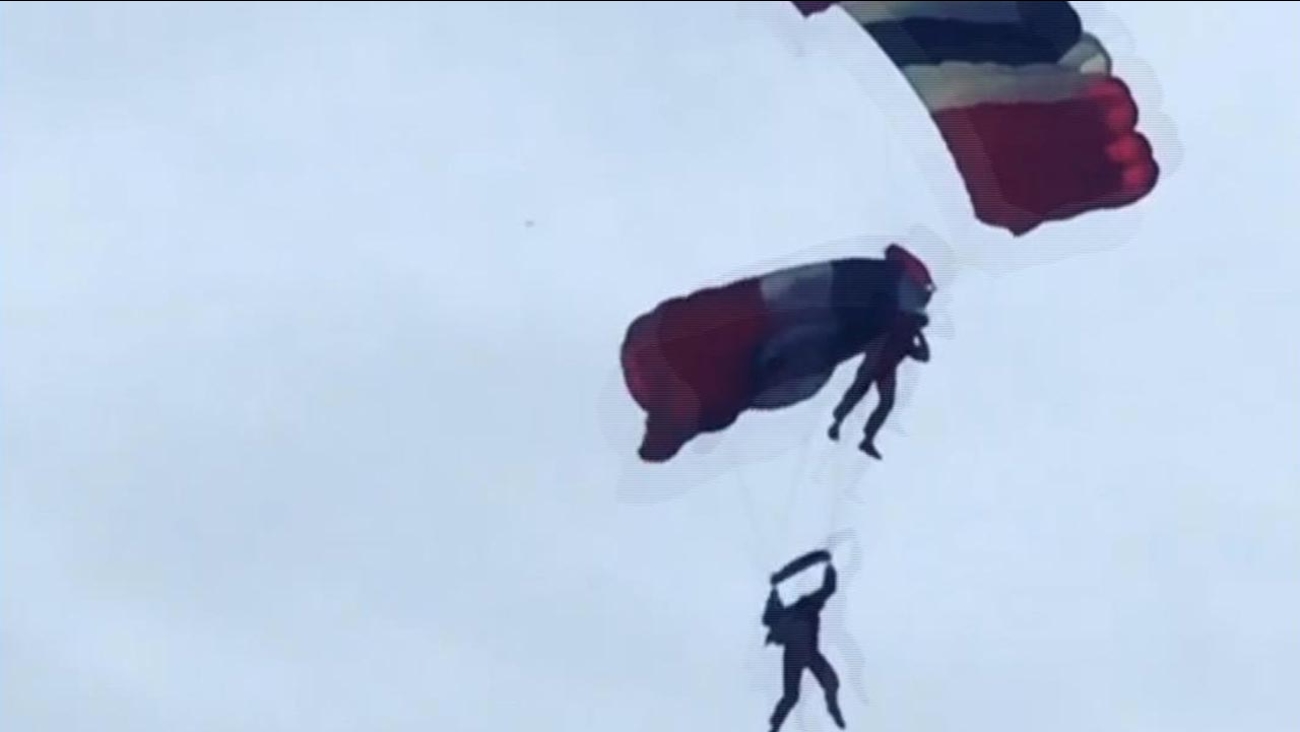 Image taken from video provided by Ricky Parnaby shows a member of the British military stunt team, The Red Devils, receiving assistance from a teammate after his parachute failed. (Ricky Parnaby via AP)

LONDON -- A British military stunt team member whose chute failed to open properly owes a big thank you to a teammate who grabbed his parachute and got them both to a safe landing.

The Red Devils display team was performing Friday at the Whitehaven Airshow in northwestern England. Eyewitness Lucy Milne told the BBC on Saturday that spectators watched aghast as one of the men frantically kicking before his teammate rescued him.

A message posted on the show's Facebook page assured spectators that both were fine after "one team member caught his teammate and brought him into Queens Dock."

The parachutists landed in water and were plucked to safety.

The Red Devils, comprised of members of the Parachute Regiment, carry out some 60 displays every year.