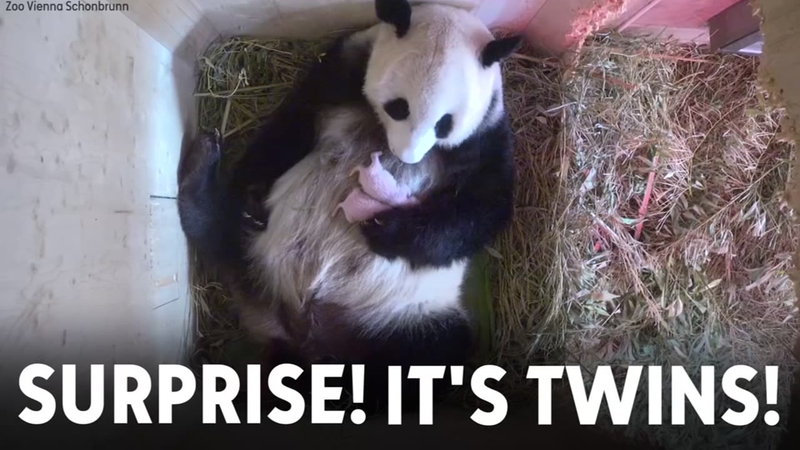 A giant panda in Austria just welcomed not one but two little bundles of joy.

The second panda was a surprise. The zoo initially announced that a panda cub was born on Aug. 7, but more than a week later they realized that there were two of them.

The revelation took some time because the birth was observed by camera, and the cubs are tiny: at birth the visible one was just four inches long.