When Adam Blackstone found out he was this year's musical director, he handpicked hometown talent to join him.
WPVI
By Alicia Vitarelli 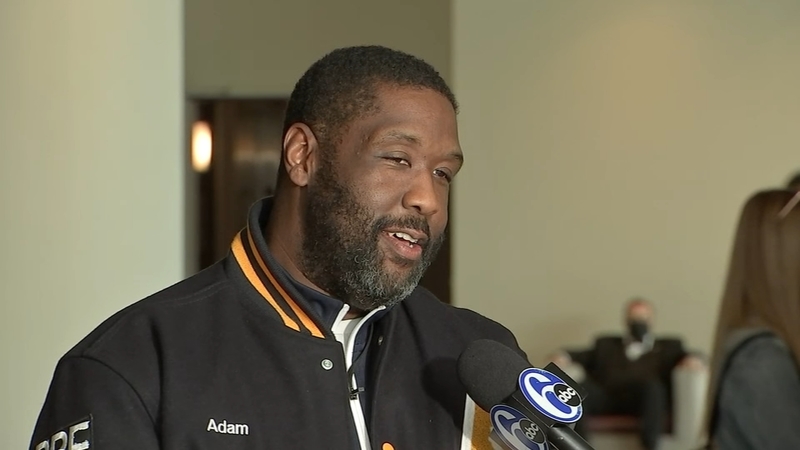 NJ native to lead as musical director for Oscars

BURLINGTON COUNTY, New Jersey -- This is a huge year for Philadelphia at the Oscars.

Besides the 10 nominees with direct ties to the Delaware Valley, this year's musical director is also bringing hometown style to Hollywood's biggest night.

Blackstone grew up in Willingboro, New Jersey, and he's proven to be a force in the music industry.

Fresh off his role as musical director for the Super Bowl halftime show, 2022 is shaping up to be his year.

On Oscar Sunday, the University of the Arts alum wants to represent his hometown well.

"Shoutout to Philadelphia, shoutout to Trenton, New Jersey," said Blackstone. "Thank you to all of my hometown folks who have not only supported me but all of us who are here for the Academy Awards."

When Blackstone found out he was this year's musical director, he handpicked hometown talent to join him.

"I have several people in my orchestra this year from the east coast. From the Philly area and Willingboro, New Jersey," Blackstone said.

Blackstone steps into this prestigious role at the Oscars, one year after another local musical star: West Philadelphia's Questlove.

"Shoutout to Questlove. One of my incredible friends and mentors," Blackstone said. "When I moved to Philly, The Roots took me under their wing and adopted me. With Questlove being the musical director last year and myself this year, we have a great lineage."

Blackstone is also performing at the Oscars.

"I have an all-star band for segment two, which is myself, Robert Glasper, Sheila E., and Travis Barker," he said. "We got some surprises joining us as well. Musically, this is a show like none other."

His lineup includes Beyonce, Reba McEntire, Billie Eilish, and the cast of 'Encanto,' performing live for the first time.

His advice to all the young Adam Blackstones out there watching from the Delaware Valley is: be humble.

"Each gig is the audition to the next gig. When I was on stage in Philadelphia, when I was at church in New Jersey, I didn't know who was watching me," said Blackstone. "Each of those gigs prepared me for where I am today."

He adds that one of his lead orchestrators, and the conductor, Derrick Hodge, is also from Willingboro and a graduate of Temple University.