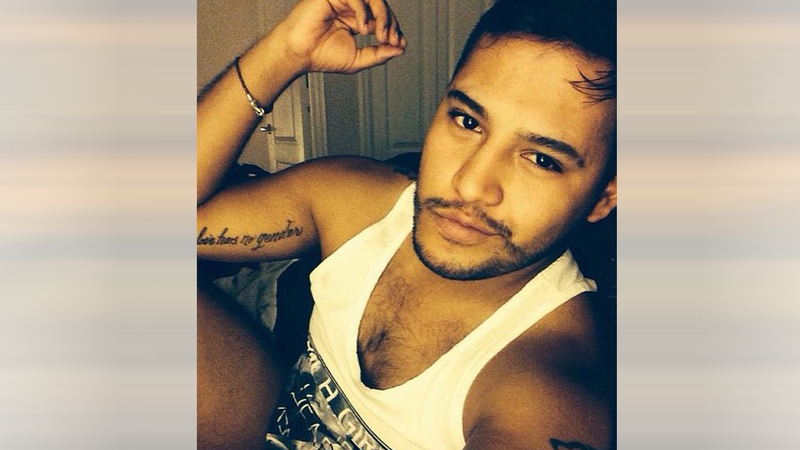 ORLANDO, FL (KTRK) -- A Texas native was among the 49 victims fatally shot inside a gay nightclub in Orlando, and now his family is speaking exclusively with abc13 about their murdered loved one.

Frank Hernandez, 27, moved to Orlando recently after growing up in the Rio Grande Valley. Some of his friends knew him as Frank Escalante.

PHOTOS: Powerful images as world reacts to Orlando shooting
See the emotional reactions as people around the world mourn for the city of Orlando.
When his family didn't hear from him, they feared the worst. Julissa Leal tells Eyewitness News she knew Frank and his boyfriend attended Pulse Saturday night.

"I didn't want to have that feeling, but I did," Leal said.

Julissa, her mother, Esmerelda Leal and other family members drove to Orlando to find out what happened to Frank.

Esmerelda said she doesn't want people to remember her son in a sad way.

"When we remember yesterday, it's gonna be painful," Esmerelda said, "I want everybody to remember how happy he was, what a nice person he was, because when people say beautiful things about my son, I'm so proud of him."

A Houston man lost a friend in the Orlando nightclub massacre.

Niko Langley, who's from Crosby but now lives in Florida, was also supposed to be at Pulse on Saturday night. Instead, he got a call to work the summer here at Guava Lamp in Montrose.

"It's one of those things where you come out, you've done everything you're supposed to do as a person. Your family doesn't accept you, and when they finally do, you have to deal with that."

Niko says they were planning to go to Pride in New Orleans.

"[Almodovar's] boyfriend called us and said that was one of the one things he would've wanted us to do. He would want us to continue on, do us, and be proud of who we are."

The Montrose Center hosted a vigil Monday night to honor the victims of the Orlando nightclub shooting.

When they go, security will be heavily on their minds. Same for the hundreds of people who gathered at this vigil at the Montrose Center this evening, just a week-and-a-half away from Houston's Pride.

Bars around the city are increasing security ahead of Pride. For example, the folks who run Meteor, South Beach, and JR's tell me they're doubling up on the number of armed security for Pride events.