The Department of Justice is investigating alleged civil rights violations under Operation Lone Star, a multibillion-dollar border initiative announced last year by Gov. Greg Abbott, according to state records obtained by ProPublica and The Texas Tribune.

The Legislature last year directed more than $3 billion to border measures over the next two years, a bulk of which has gone to Operation Lone Star. Under the initiative, which Abbott said he launched to combat human and drug smuggling, the state has deployed more than 10,000 National Guard members and Department of Public Safety troopers to the border with Mexico and built some fencing. Thousands of immigrant men seeking to enter the country have been arrested for trespassing onto private property, and some have been kept in jail for weeks without charges being filed.

Since the operation's launch, a number of news organizations, including ProPublica and the Tribune, have outlined a series of problems with state leaders' claims of success, the treatment of National Guard members and alleged civil rights violations.

An investigation by the Tribune, ProPublica and The Marshall Project found that in touting the operation's accomplishments, state officials included arrests with no connection to the border and statewide drug seizures. The news organizations also revealed that trespassing cases represented the largest share of the operation's arrests. DPS stopped counting some charges, including cockfighting, sexual assault and stalking, after the publications began asking questions about their connections to border security.

Another investigation by the Tribune and Army Times detailed troubles with the National Guard deployment, including reports of delayed payments to soldiers, a shortage of critical equipment and poor living conditions. Previous reporting by the Army Times also traced suicides by soldiers tied to the operation.

Angela Dodge, a DOJ spokesperson, said she could not "comment on the existence or lack thereof of any potential investigation or case on any matter not otherwise a part of the public court record."

"Generally, cases are brought to us by a variety of law enforcement agencies - federal, state and local - for possible prosecutorial consideration following their investigation into a suspected violation of federal law," Dodge wrote in an email. "We consider each such case based on the evidence and what can be proven beyond a reasonable doubt in a federal court of law."

But at least two Texas agencies involved in carrying out the border initiative have pointed to a DOJ investigation in records obtained by ProPublica and the Tribune through the Texas Public Information Act.

In an internal email in May, DPS officials said that the DOJ was seeking to review whether Operation Lone Star violated Title VI of the Civil Rights Act of 1964, which bars discrimination on the basis of race, color or national origin by institutions receiving federal funding.

According to the emails, the federal government requested documents that include implementation plans, agreements with landowners and training information for states that have supported Operation Lone Star by sending law enforcement officers and National Guard members to Texas.

"If you are not already aware, the Civil Rights Division of the DOJ is investigating Operation Lone Star," Kaylyn Betts, a DPS assistant general counsel, wrote in a May 23 email to a department official. She added that the agency should respond in a timely and complete manner.

In a letter sent Friday to the state's attorney general, the Texas Department of Criminal Justice also cited a "formal investigation" of Operation Lone Star by the DOJ. The agency, which manages the state's prison system, pointed to the investigation while fighting the release of public records sought by the news organizations.

In the letter, the department's deputy general counsel wrote that the DOJ is investigating whether the state agency is subjecting people who are arrested as part of the border operation to "differential and unlawful conditions of confinement based on their perceived or actual race or national origin."

None of the agencies have publicly released information related to the DOJ's requests.

Neither DPS nor the Texas office of the attorney general, which is representing the state, responded to requests for comment. Amanda Hernandez, a spokesperson for the Texas Department of Criminal Justice, said in an email that her agency provided the DOJ the requested information.

"The agency has and continues to follow all state and federal laws as the state of Texas responds to the ongoing crises at the border," she wrote in an email to the news organizations.

State and federal lawmakers as well as civil rights and immigrant groups have repeatedly called for investigations into Operation Lone Star. In the letters to the DOJ and the Department of Homeland Security, the groups have cited reporting from the Tribune that shows some immigrants were illegally detained or kept in jail too long due to delays by prosecutors, in violation of state law.

"It is critically urgent that the Biden administration not only investigate but hold agencies accountable for violations of Title VI to protect the civil rights of people in South Texas," said Kate Huddleston, staff attorney for the American Civil Liberties Union. The nonprofit, along with more than 100 other groups, filed a 50-page Title VI complaint in December with the DOJ asking it to investigate alleged civil rights violations.

Operation Lone Star, Huddleston added, "is targeting individuals for enhanced punishment and subjecting them to a separate state criminal system that is created specifically for this purpose that is riddled with civil rights violations."

Abbott's office has said the arrests and prosecutions under the operation "are fully constitutional." 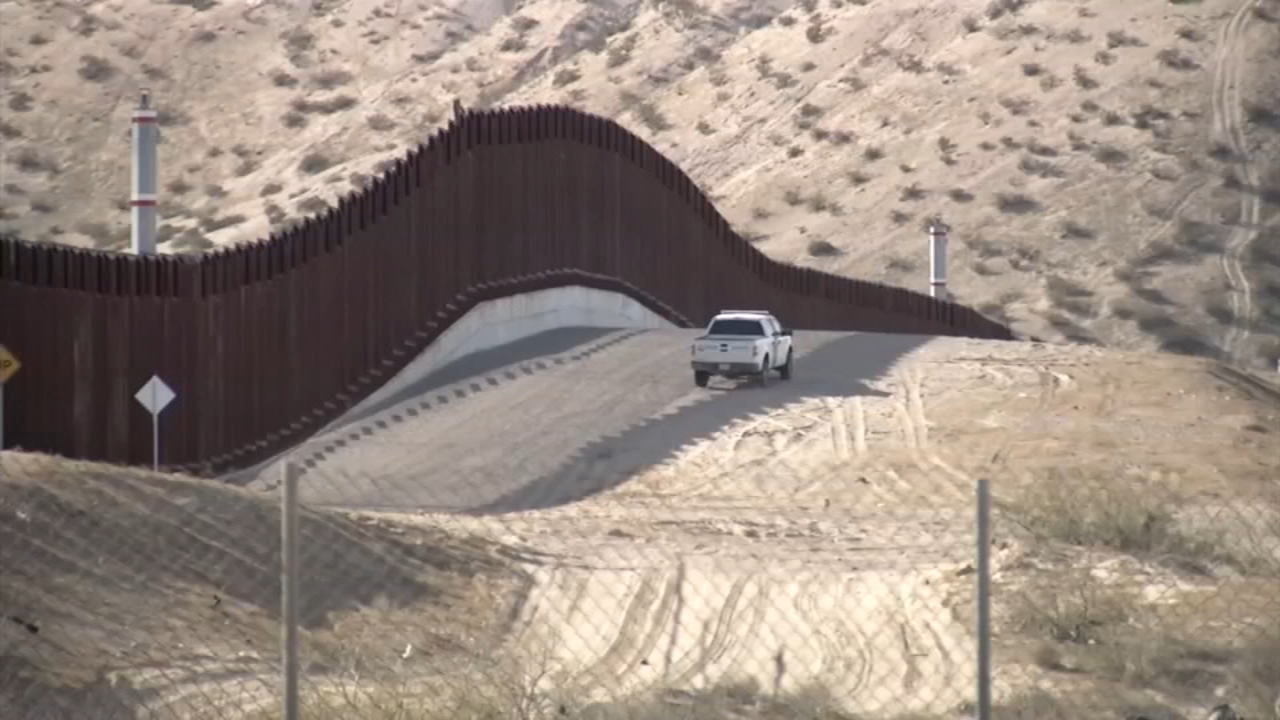 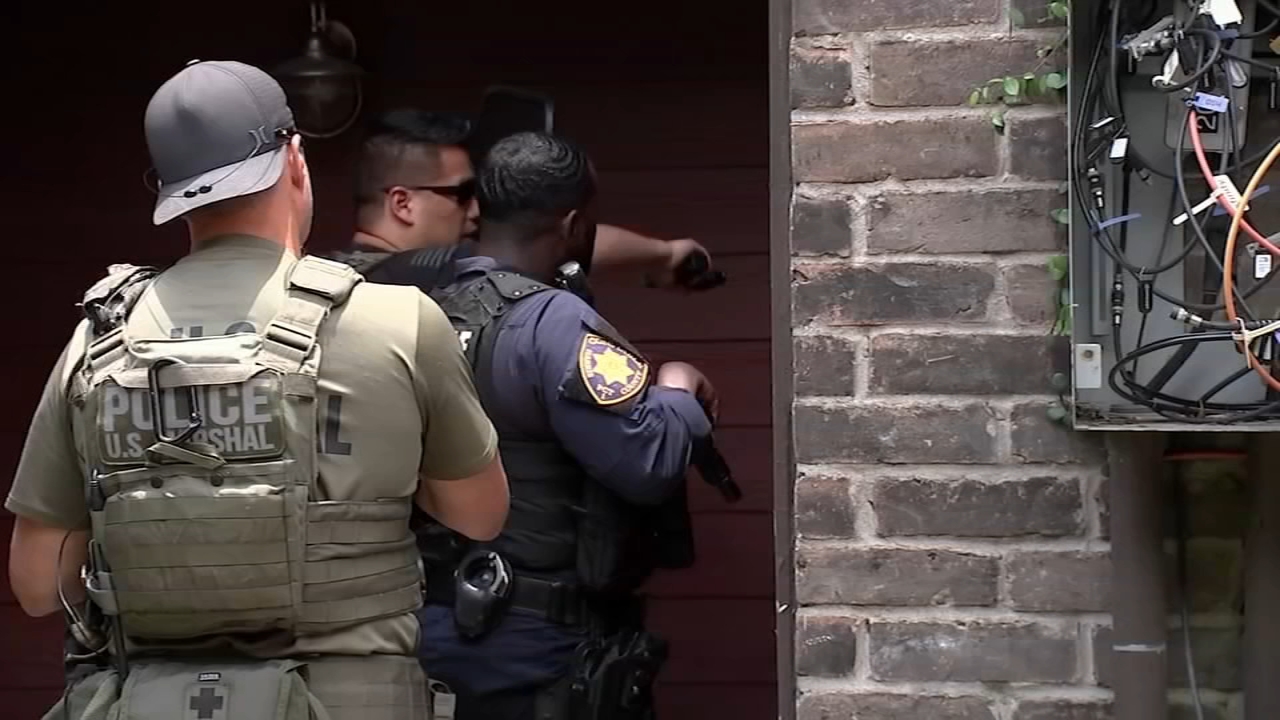 'Operation North Star' leads to 152 arrests made in Houston area