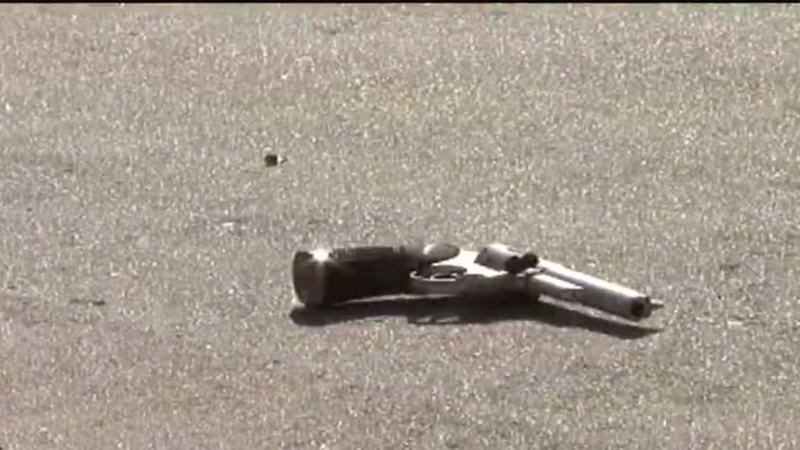 Couple dead after shooting at house in NW Harris Co.

HOUSTON (KTRK) -- A husband and wife are dead after a double shooting in which one spouse shot the other, according to investigators.

The Harris County Sheriff's Office tells Eyewitness News the husband was found dead on the first floor of the Cypress-area home. The wife was found injured with a weapon in the driveway. Neighbors tried to help her, but she was transported to a hospital where she later died.

The couple's son was in the home when the shooting occurred. Neighbors tell Eyewitness News they heard two gunshots, the on screaming, and then saw the woman bleeding in the driveway.

Neighbors also say the son told them his mother shot his father, but investigators will not yet confirm that information.

The couple also had an adult daughter, who arrived in the neighborhood after the shooting. Investigators did speak with her. She left without comment.

Investigators could not confirm whether or not they had previous calls for service to the home.