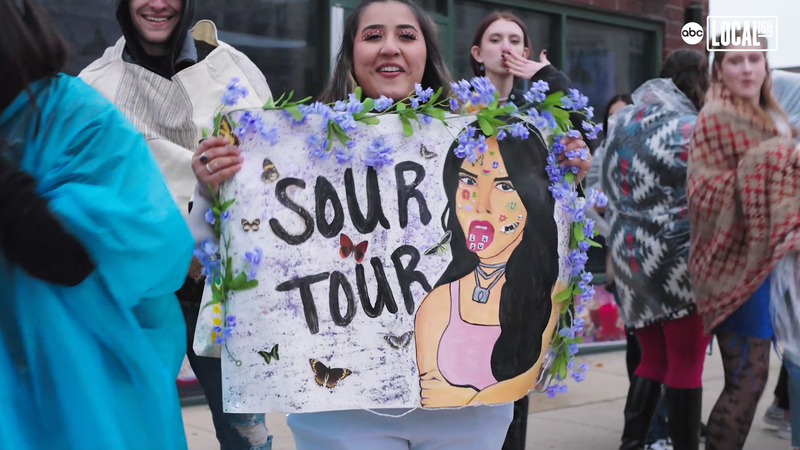 Why Seeing Olivia Rodrigo is Worth the Wait

CHICAGO -- Singer-song writer Olivia Rodrigo is taking fans on a road trip from Salt Lake City to Los Angeles in her new Disney+film, OLIVIA RODRIGO: driving home 2 u (a SOUR film). The film gives fans access to never before seen footage and brand-new performances from her hit debut album, SOUR.

ABC Localish caught up with fans just outside of her concert in Chicago, Illinois where some die-hard fans waited hours for the chance to be first in line to see the Grammy-award winning artist. "I've been here since 6 am," said one excited fan who has been following Olivia's rise to stardom since the beginning. Another fan told ABC Localish that they waited two days just to be first in line.

In line, fans couldn't help but share their love for the Disney+ original film and Olivia herself. "I love 'driving home 2 u' so much. It's cool to see how the road trip from Salt Lake to L.A. and like all the different versions of her songs," noted one fan.

Another fan took inspiration from Olivia's personal life story which is highlighted in the film. "I thought it was really cool the way she started on her bedroom floor just writing songs with her piano. She turned something that broke her into a beautiful piece of art," he said.