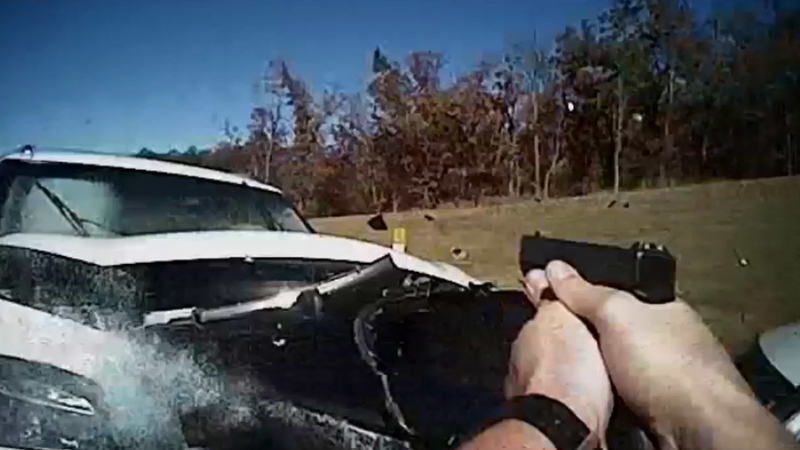 Stacy Bunsey, 41, led police on a chase in a stolen SUV, which authorities were tracking by GPS. A short time later, Bunsey sped into an elementary school parking lot and suddenly turned around, hitting the gas.

She proceeds to ram the patrol car of Master Patrol Officer Matt Stacy, who slammed on his brakes and exited the car. As Bunsey rammed the car, Stacy was sent flying by the impact.

Stacy Bunsey, 41, faces multiple charges including possession of a stolen vehicle, assault and battery with a deadly weapon on an officer, and DUI.

The officer was able to fire two shots at Bunsey as she was ramming the cruiser. Neither shot hit her, and police eventually had to use a taser to get her out the car.

She was eventually taken into custody after officers climbed through the open sun roof.