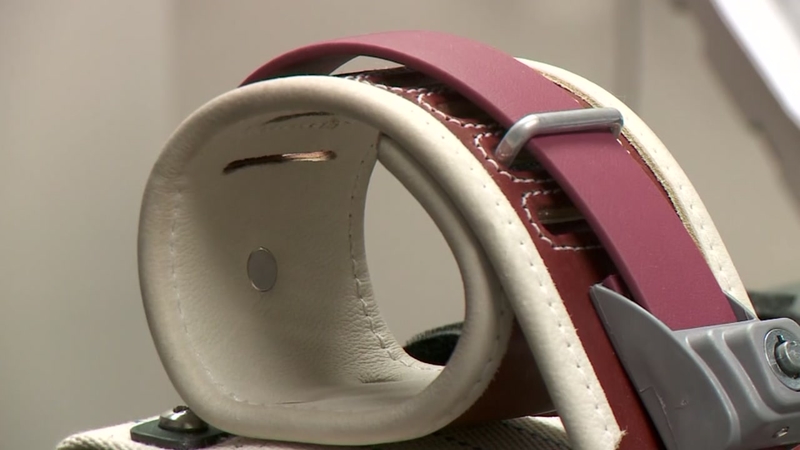 Oklahoma plans to be first to use nitrogen gas for executions

After trying unsuccessfully for months to obtain lethal injection drugs, Oklahoma officials said Wednesday they plan to use nitrogen gas to execute inmates once the state resumes using the death penalty, marking the first time a U.S. state would use the gas to carry out capital punishment.

State Attorney General Mike Hunter and Department of Corrections Director Joe Allbaugh jointly announced the plan, saying the two agencies would work together to develop new protocols over the next several months.

"We can no longer sit on the sidelines and wait on the drugs," Hunter said. "Using (nitrogen) will be effective, simple to administer, easy to obtain and requires no complex medical procedures."

Oklahoma and other states haven't been able to get the drugs required for lethal injections amid opposition from drugmakers to having their products used in executions. Allbaugh said in trying to find a supply of lethal drugs, he was forced to deal with "seedy individuals" who may have had access to them.

"I was calling all around the world, to the back streets of the Indian sub-continent," Allbaugh said.

Hunter said the administration of the gas would likely require the use of a mask placed over the inmate's head, but he said the mechanical details still have to be worked out.

Any attempt to change the method used to execute inmates in Oklahoma is certain to trigger a flurry of legal challenges. Hunter said there is a growing body of research on the use of inert gases on humans because of its increasing use in assisted suicides, but several death penalty experts said the use of the nitrogen gas on unwilling subjects is entirely experimental and untested.

"This method has never been used before and is experimental," said Dale Baich, a federal public defender and one of the attorneys representing Oklahoma death row prisoners in a federal lawsuit challenging the state's lethal injection protocol. "How can we trust Oklahoma to get this right when the state's recent history reveals a culture of carelessness and mistakes in executions?"

Oklahoma has had one of the busiest death chambers in the U.S., but put executions on hold three years ago after a series of mishaps, including a botched lethal injection in 2014 that left an inmate writhing on the gurney and drug mix-ups in 2015 in which the wrong lethal drugs were delivered. One inmate was executed with an unapproved drug and a second inmate was just moments away from being led to the death chamber before prison officials realized the same wrong drug had been delivered for his execution.

Since then, several top officials connected to the bungled executions have resigned and the state's multicounty grand jury delivered a scathing report on Oklahoma's lethal injection process that accused a number of individuals involved in the process of sloppy and careless work.

The attorney general's office has said in court filings that it will not request any execution dates until at least five months after the new protocols are released. Meanwhile, 16 death row inmates in Oklahoma have exhausted all of their appeals and are awaiting execution dates to be set.

After the botched execution in 2014, the Oklahoma Legislature approved the use of nitrogen gas as an execution method the following year. Mississippi followed suit in 2017, and a similar bill is pending in Alabama.