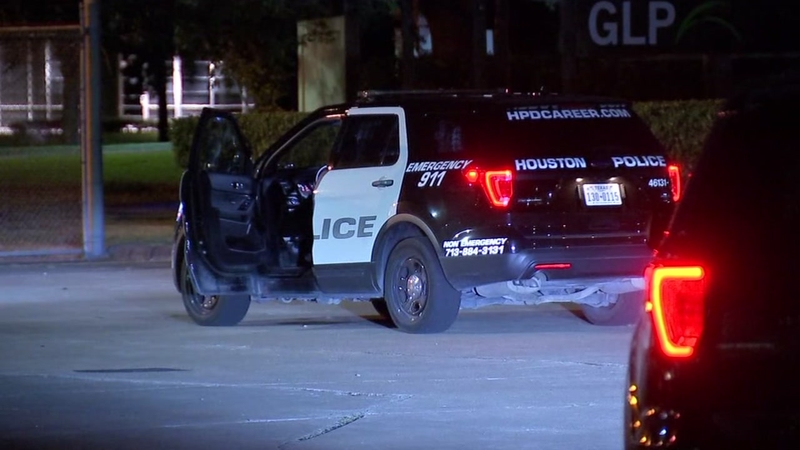 HOUSTON, Texas (KTRK) -- A man is on the run after he stabbed a security guard and rammed a police cruiser in northwest Houston.

Authorities were called out to an apartment complex on 8600 Pitner Road around 10:30 p.m. Monday.

Police say a guard at the complex tried to break up a fight between a man and his girlfriend when the man stabbed him in the leg and ran off.

According to officials, the boyfriend returned to the scene in his car while police were talking to the guard.

A witness recognized him, and an officer followed his vehicle on Pine Terrace Drive.

The boyfriend sped off, eventually coming to a dead end.

Police say the officer had him blocked in and the man quickly reversed, ramming the officer's cruiser.

The boyfriend managed to get away, but the police officer will be okay.

"We do know who the suspect is. We will be obtaining an arrest warrant," said HPD Lieutenant Larry Crowson.

The security guard was taken to the hospital. He's also expected to be okay.

Courtney Fischer is on the scene where a man rammed an HPD car while trying to escape police.