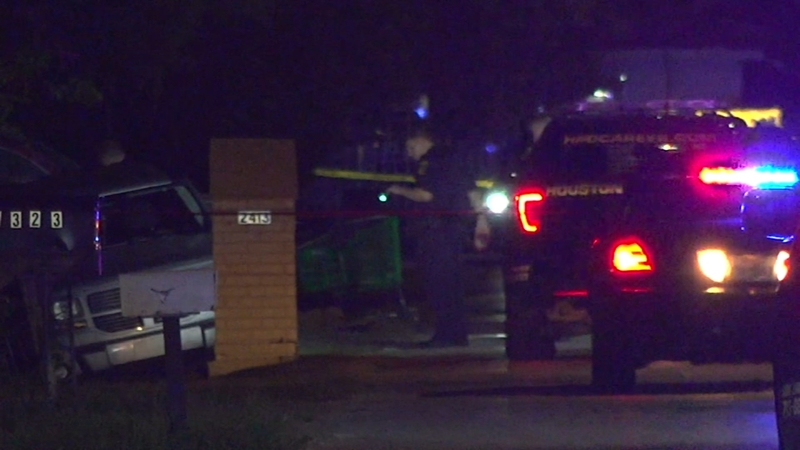 HOUSTON, Texas (KTRK) -- Police are investigating after a man was killed in northeast Houston.

It happened just after 11:00 p.m. Thursday when officers were sent to perform an urgent welfare check at a home on Charles Road near Aldine Westfield.

Police say when officers arrived, they found the man in the middle of the street with a gun. Officers began trying to calm him down and asked him to put the gun down.

Investigators say the man then pointed the gun at his head and pulled the trigger. At the same time, an officer shot at the man.

Houston Police Assistant Chief Sheryl Victorian says it's unclear if the man took his own life or was shot by the officer.

They say the officer may have felt threatened so he shot at the man or may have unintentionally fired his gun at the same time the man shot himself.

Officers rendered first aid but the man was pronounced dead on the scene.

"We do have information that this gentlemen has been having issues all day and telling family members that he wanted to commit suicide and that he was suicidal," said Victorian.

Police have not released the man or the officer's name.

"'We can't determine what (the man) is going to do in a hopeless state," said Victorian. "It's a very frightening situation and unfortunately, it ended tragically."

If you or someone you know is having a hard time, call the National Suicide Prevention line at 800-273-8255. It's free and provides confidential support. You can also visit their website at www.suicidepreventionlifeline.org.