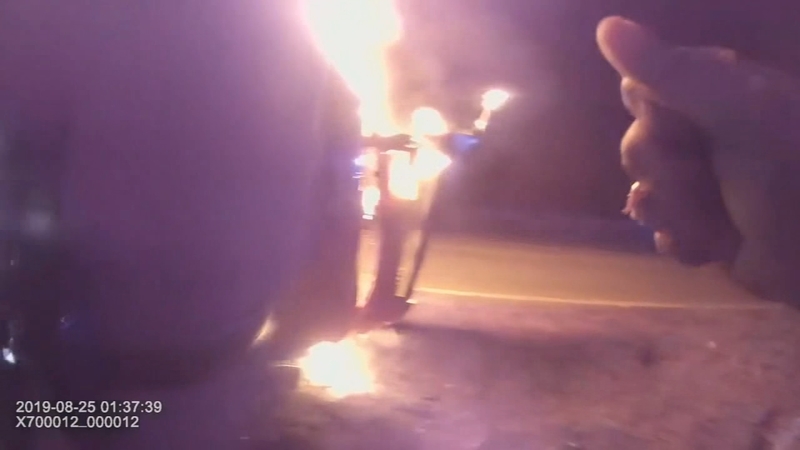 BARROW COUNTY, Ga. -- Two officers rescued a woman from a car engulfed in flames in rural Georgia, and a body camera captured the life-saving efforts.

A woman was trapped inside her vehicle after crashing into a ditch in a single-vehicle accident in Barrow County, WSB-TV reported.

The woman's car had rolled on its passenger side, so Rucker tried kicking out the windshield.

He continued kicking for more than a minute as the fire grew and another officer arrived to help.

The woman was in a fetal position inside the vehicle, "almost as if she'd given up because she was entrapped," said Sgt. Mark Pharr.

But the officers wouldn't give up. Sgt. Rucker ran to get firefighters to help just about the time the fire expanded, blowing out a tire.

At first, Rucker thought his fellow officer and the victim were caught in the loud explosion. But he said he realized everyone was still alright as the smoke cleared.

"You train for this all day," said Pharr. "This is why we train, but you do this out of instinct."